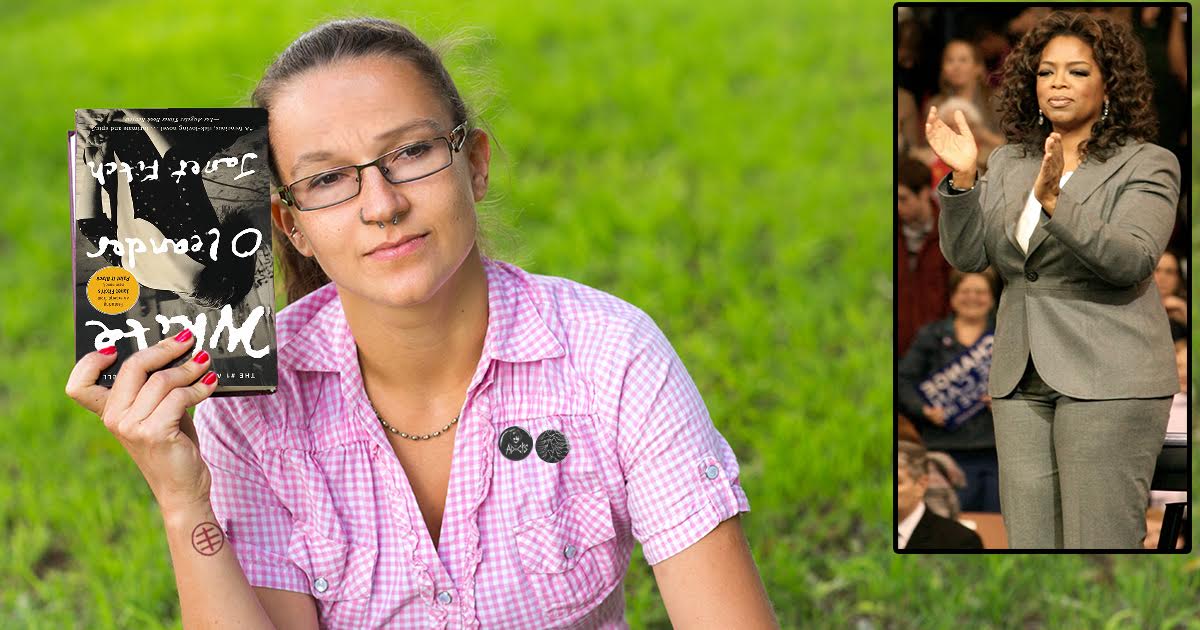 “It’s been almost 20 years, and she still takes every chance she can to call Oprah a giant poser,” said neighbor Leslie Betts. “I guess she was way into Janet Fitch’s first book because it was ‘more raw,’ and [Schaffer] somehow prefers her early poetry. Honestly, I could care less.”

Schaffer is a founding member of “Not Oprah’s Book Club,” a small book club dedicated to readers who are not Oprah Winfrey. The members meet weekly in the bathroom of Barnes and Noble to smoke clove cigarettes and compare signed, first-edition copies of books that “…Oprah’s probably never even heard of.”

“We used to meet behind the Starbucks on Park Street, but some shitty kids in Lena Dunham’s book club hung out there, talking all sorts of literary bullshit,” said Schaffer. “It was a dead scene once those kids moved in. We found our new spot, and since nobody goes to brick-and-mortar book stores anymore, we have free reign.”

According to one independent study, Schaffer is among a small minority of moms who feel Oprah’s book list has “messianic priority” over their own reading recommendations.

“While the absence of canonical writers like Danielle Steele and John Grisham is considered an ‘annoying oversight’ to some moms, it was the non-mention of cult classics like Memoirs of a Geisha and Angela’s Ashes that really solidified Oprah as a poser in the reading scene,” said researcher Julia Tallman, who co-authored the study. “And it doesn’t help that most of her book recommendations are from mainstream publishing companies like Random House and Penguin Books.”

Despite Oprah’s continued support of many of her Book Club authors, Schaffer believes Winfrey is not a “true fan.”

“East of Eden?” asked Schaffer “Yeah, I liked that book too — back in 1976, before reading was cool. You really like John Steinbeck? Name five of his unpublished works.”