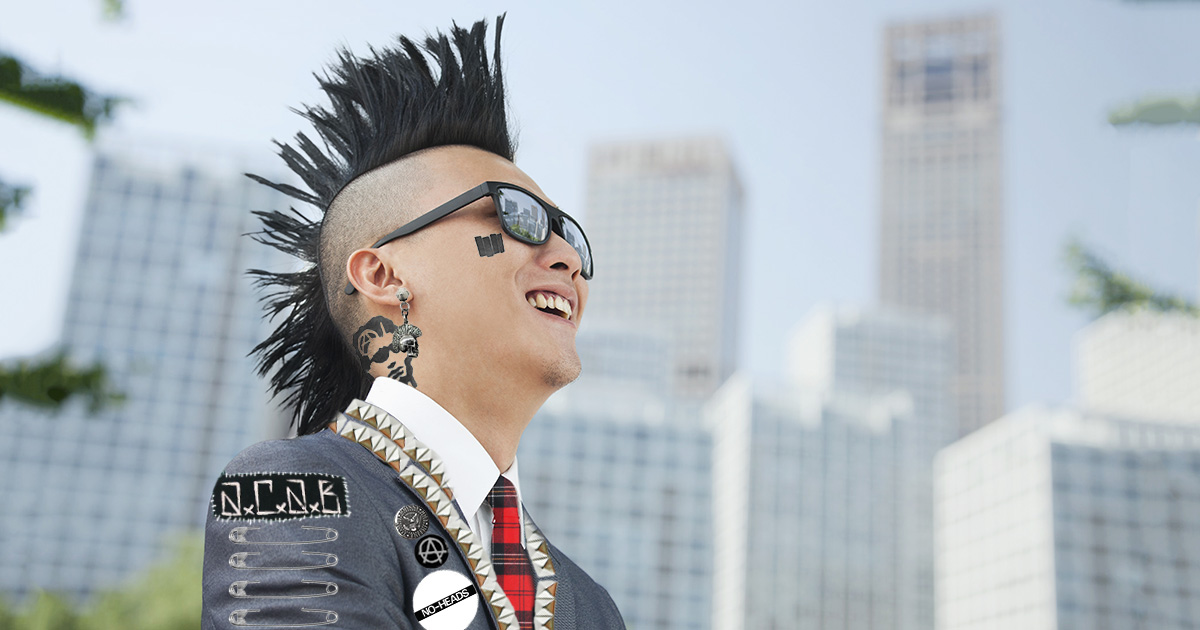 “I feel like lawyers make it hard on themselves knowing a shit-ton of pointless laws,” said Rios from his office full of rare crust punk records. “Keep it simple! The most important part of being a lawyer isn’t an encyclopedic knowledge of local and state statutes — it’s about sticking it to the man and not giving in to this bullshit system.”

When asked what those three laws were, Rios wasted no time.

“Law one: killing is for jerks. Don’t do that stuff. Law two: Open container law is only applicable in the spring and summer. Law Three: Noise curfew just means you have to keep it down. You can rock out as much as you want as long as you’re quiet,” said Rios.

Incredibly, Rios passed the bar exam despite his very limited understanding of the criminal justice system.

“It’s actually kind of amazing he passed the exam,” admitted bar examiner Raymond Stinelli. “He’d get a legal question about something like real estate acquisitions, and he’d somehow go back to his knowledge of the open container law as a way to making a good case for something completely unrelated to what he was asked. In the old days, lawyers would be revered for knowing pages and pages of laws, but he just strips it all down to its basics. It’s refreshing, honestly.”

For their part, Rios’ former clients were also astonished that he is still practicing law.

“I wanted to go with Mr. Rios because he was the only lawyer I’d ever seen missing part of a finger, and with a neck tattoo,” said former client Penny Wilarski. “Even though I ended up serving four years in prison because of parking tickets, I still have to give him credit — he’s no frills, and every judge really seems to hate him, but he gets into what he knows… and in under a minute, he’s made his point. He really makes you think that anyone could become a lawyer.”

At press time, Rios was on his way to a punk lawyer bar, but refused to share directions. “It’s kind of exclusive,” said Rios. “It’s not for everyone, man.”