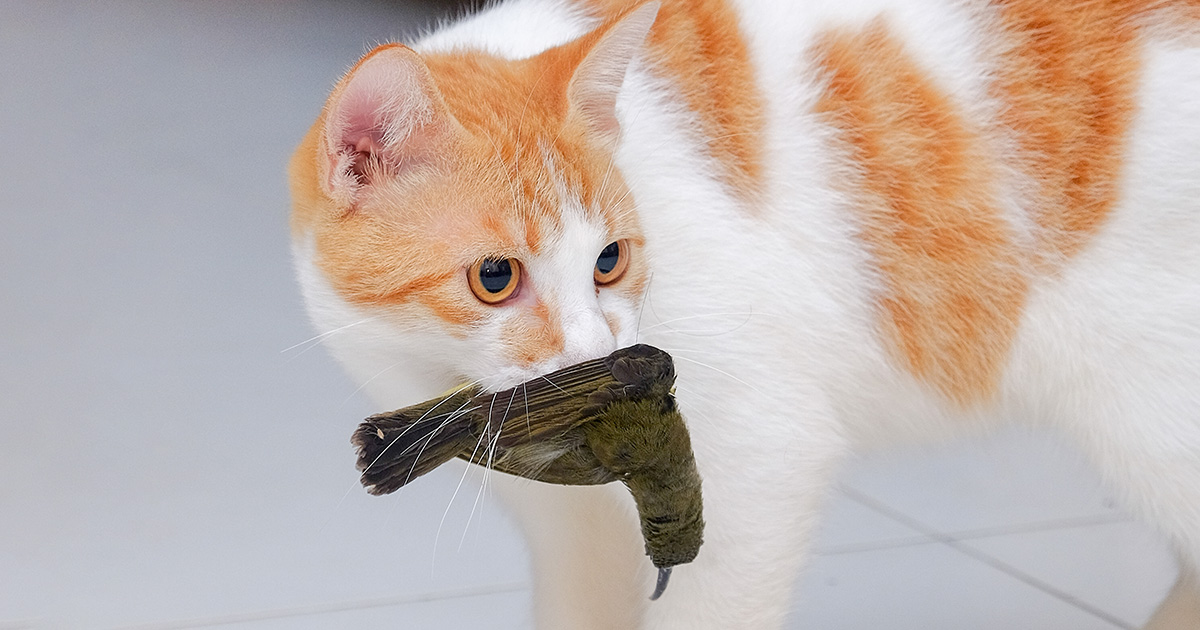 “Oh man, that cat rules. I can’t remember the last time anyone brought something home to contribute, let alone something edible,” said John Baker, longtime resident of the Shit House. “Plus, he always covers up his own poop, and just last week he ate his own puke, which is maybe the first time I’ve seen anyone here clean up after themselves. We just might get a little bit of our security deposit back thanks to him. Long live Fat Vince Neil!”

The dead bird is the latest in a long line of contributions from the furry tenant, who has quickly established himself as the most popular roommate in the house.

“Everyone loves that little guy,” said Shit House resident and unofficial guardian of the feline, Dani Song. “He bathes himself every day and almost never pisses in the sink. At least little Fat Vince Neil brings something to the table. And yeah, that something is usually a dead critter, but it’s the thought that counts. That dude Pickle from Bloomington has lived here for months and the only thing he’s ever contributed is bed bugs.”

Animal experts say cats can often surprise their owners with their resilience and reliability.

“Cats can do a lot, from improving morale to keeping rodents and pests under control,” confirmed feline expert Amanda Williams. “Plus, they have cute little bellies that you can rub and little tiny ears you can scratch, which is way more gratifying and emotionally healthy than the majority of time spent with straight human men. Sure, he doesn’t pay any rent, but which of your dumbshit friends can you count on to do so on a regular basis? If I had to guess, I’d say that everyone living with Fat Vince Neil could learn a thing or two about consideration from the little guy.”

Reports show Fat Vince Neil even went one step further last night, calling an Uber for the stray cat he invited to hang out under the dead bush in the backyard.