Punk Fucks Shit Up During Horah at Cousin’s Bar Mitzvah 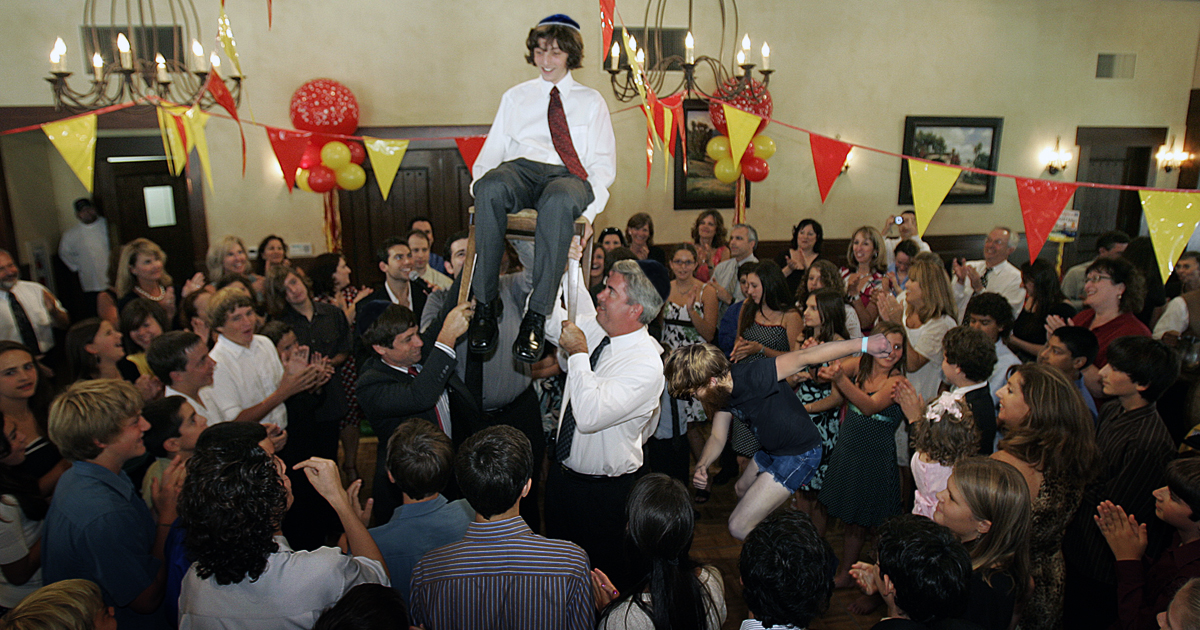 BALDWIN, N.Y. — Eric Goldstein’s bar mitzvah celebration on Saturday was ruined by his older cousin Chris Meyers, who crowd-killed and moshed throughout the sacred Jewish dance of the Horah, battered and bruised witnesses confirmed.

“As soon as ‘Hava Nagila’ started, a sweet circle pit just sort of opened up, and the place was a madhouse,” said Meyers, shortly after elbowing Rabbi Deborah Sacks in the face. “I went around whipping everyone that wasn’t dancing into the pit, and then climbed up the pile of people hoisting my cousin up in the chair so I could sing along with him. It was super sick… but everyone seemed pretty pissed off right after.”

Meyers defended his celebratory antics, claiming his family is “too uptight.”

“If you’re a punk, any moment is a chance for rebellion against the powers that be — whether that’s a rigid capitalistic structure, or a rigid dance structure, it’s all the same thing if you think about it,” said Meyers, catching his breath. “Plus, Jews were the first punks. God told them to go to the Promised Land, and they were like, ‘Fuck off, you old fascist!’ and spent 40 years in the desert, instead of listening to The Man. Johnny Rotten and Moses were basically the same person.”

Unfortunately, most attending were extremely disappointed by Meyers’ actions.

“Sure, it livened things up for a moment… but he knocked my grandma into the chocolate fountain, and that fountain was the only reason I agreed to learn Hebrew,” said Goldstein. “And he ruined all my gifts when he flipped over the gift table and pogoed on them.”

So far, Meyers’ parents, while embarrassed, are still uncertain about what kind of punishment to give for their son’s attempt to mix punk rock and one of the holiest Jewish traditions.

“He wants us to punish him, because that will validate his worldview. So I think we’re going to just play the long game, and let his punk heroes give him an existential crisis when they get older and inevitably sell out,” said his father, Samuel Meyers. “Also, no internet for a week.”