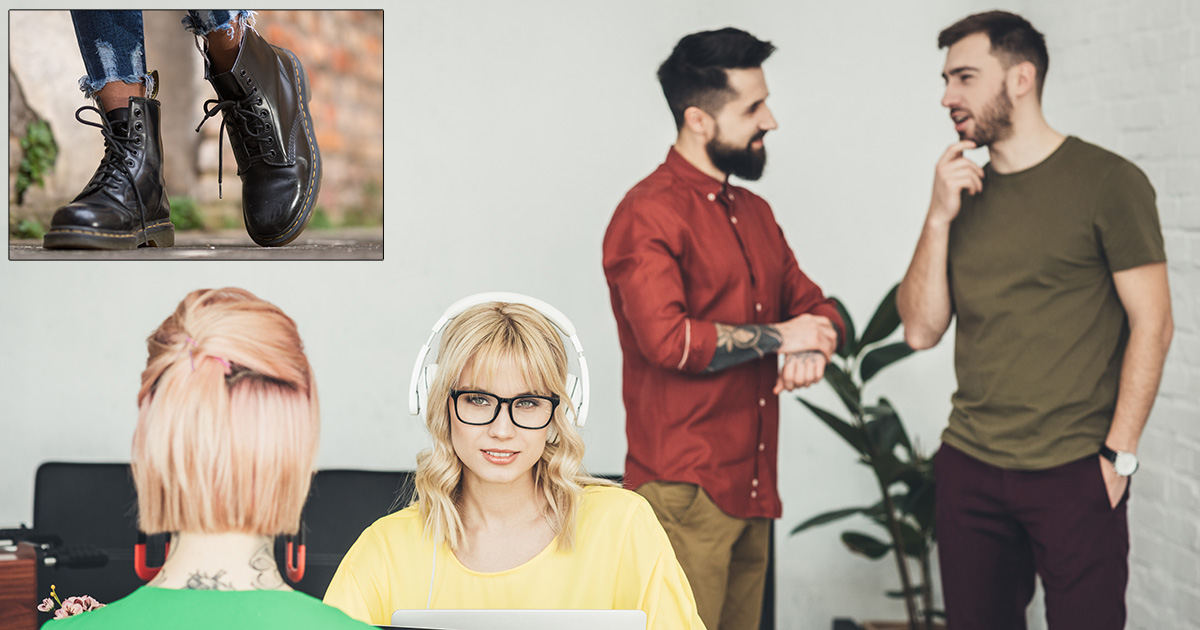 “The health and wellness of our employees has always been my top priority,” said Founder and CEO Dan Green. “I was inspired to make this decision after purchasing a pair of Doc Marten Vegan 2967 Felix Chelsea Boots. I wore them on a walk to the office because my car was impounded, and for the rest of the day my feet were so torn up I had to cancel all my meetings. I took the whole week off after that. It occurred to me then–if I’m going to do this, I have to give my staff the ability to do the same.”

“It’s a pretty sweet gig. I work in packaging and I’m on my feet all day, and there’s no way I can do my job properly while wearing a fresh pair of Docs,” said McPatten while lounging on her futon. “Dan also doesn’t have a limit on how many times a year you take advantage of this policy. I’m taking all of next week off to break in my sixth pair this year.”

While Green has been looked at as a leader in workplace benefits by other punk-owned businesses, others have been critical of his policies, especially Doc Marten executive Mark Craig, who once called Green a “little bitch” on record.

“I’m really starting to get sick of this guy,” said Craig while ignoring Green’s phone calls. “He’s been trying to bill us for the time he gives his staff off for years. We’re not an insurance company. We are one of the most popular footwear companies in the world. Just put some bandaids on your heels, get a pair of socks that aren’t full of holes, and you’ll be fine.”

At press time, sources report that Green had taken the entire month off to break in the full Doc Martens Fall collection.