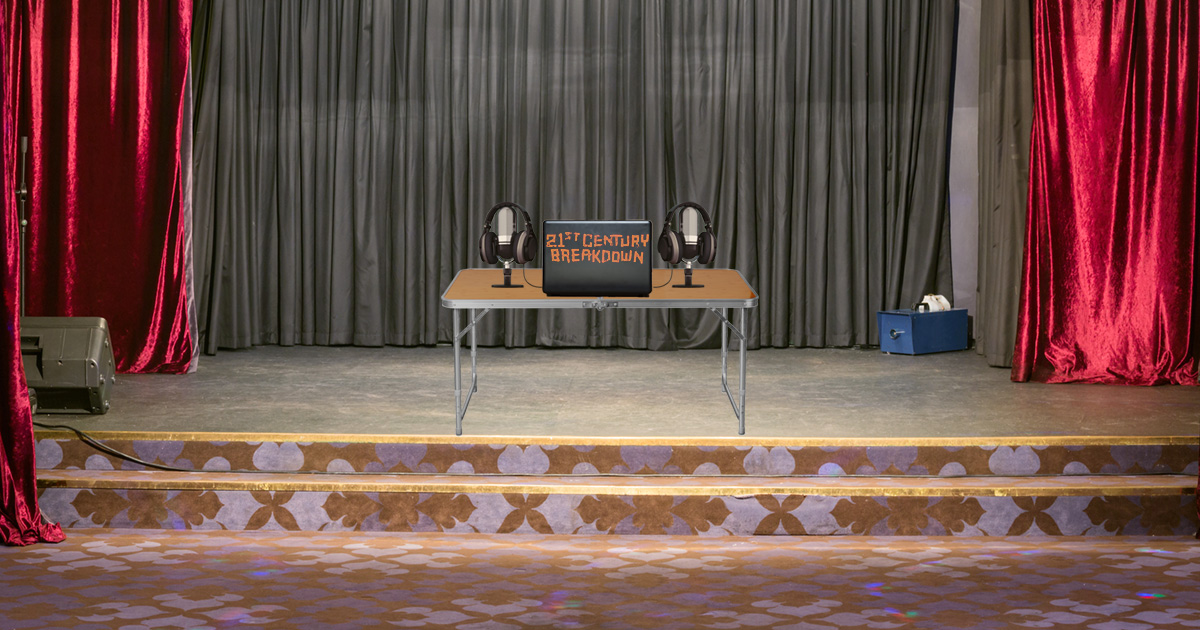 “We’ve been doing this podcast about old Green Day songs for two years now,” said Mitch Fuller, one of several co-hosts of the unpopular podcast. “We thought it’d be rad to do a big, live edition for ‘When I Come Around,’ which is one of their very best and most identifiable early songs… but no one showed. Even the sound guy in the booth just hit a button and told us to lock the doors when we were done.”

The hosts reserved the back showroom of local dive bar Dusty Rusty’s in hopes of packing in 50 raucous podcast fans.

“Some of the bar staff would pop into the room to take private phone calls or fill the mop bucket, right in the middle of recording,” said Fuller. “Towards the end of the episode, a squirrel walked in the back door, and we had to scare it away because we were afraid it was rabid or something.”

“That squirrel was the closest thing we had to an audience member,” he said glumly, “and we still had to chase it out of there.”

The low turnout surprised all of the broadcasters — until they realized their listener numbers were distorted by several factors.

“We get about 100 downloads per episode,” said Dan Theman, who’s been described as the Mike Dirnt of the show. “So I thought we could at least get a dozen or two people here. But then, we talked about it, and realized each one of us stream every episode several times, and then lie about whether we listen to our own show or not. And then there was the day I went to the Apple store in the mall and subscribed to our show from every computer.”

“I’m really starting to wonder if anyone knows about this podcast besides us,” he later added.

Ultimately, the recording went on as originally scheduled, and the episode recorded with minimal complications.

“Oh, once we got in the groove, it was one of our best episodes, easily,” said Fuller. “I bet we can really pack this place out by the time we get to ‘Brain Stew.’ And in the meantime, be sure to check out our show on Stitcher and YouTube!”