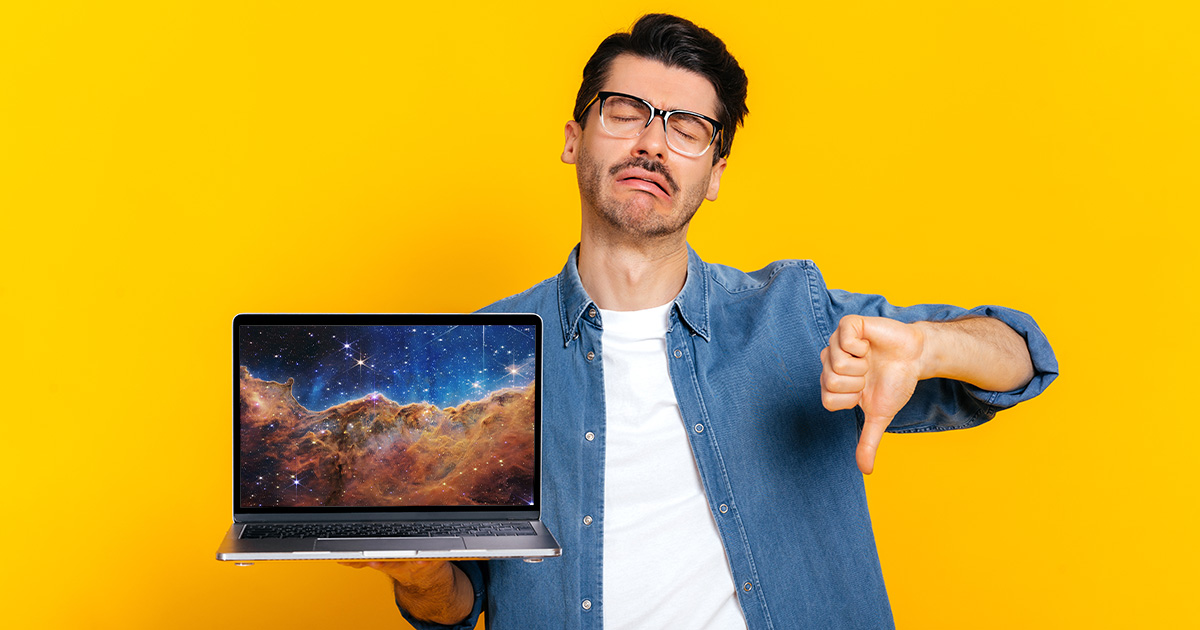 “I’m calling it. The pictures have 2.5 stars, and anyone who says they see more suns than that is brainwashed by NASA marketing or paid off by the people trying to promote JWST,” said Moreland, while waving a magnifying glass over a printed image. “Don’t get me wrong. NASA has some strong material. Their early stuff is transcendent. When I look at classic Hubble images, I can definitely find 10 stars. But with this James Webb garbage, they leaned into slick production and lost what was left of their talent. What a waste. There’s just nothing here.”

“Not to mention, infrared has no heart — it’s like the whole picture was made from an algorithm,” continued Moreland, squinting an inch from the paper under an antique desk lamp. “Or a team of scientists in a lab.”

Becca Cunningham, a long-time reader of Moreland’s work, believes his assessment of the most groundbreaking look into the cosmos is correct.

“When I first saw the James Webb images, I was stunned at the beauty of the universe: the vastness and grace of the galaxies’ arrangements, our small part in it all, and yes… the literal awesomeness of the stars,” said Cunningham. “But this same exact thing happened to me with Broken Social Scene. I loved ‘You Forgot it in People’ until Gio accurately pointed out it was a little derivative of their earlier work. So now when I look at that sloppy telescope photo I don’t even see the stars anymore. All I see is cringe.”

NASA officials were compelled to respond following the publication of the review.

“I’m shocked anyone still reads what that guy has to say. I’ll be honest, I thought his Nihilism was charming at first, but being a contrarian doesn’t count as having personality,” said Dr. Amy Rivera, a lead engineer involved in the telescope’s launch. “And just from a practical standpoint, the deep field image alone captures hundreds of galaxies with millions of stars each, so yes, there are more than two. I don’t know this Mr. Moreland, but I wish he would let people enjoy things.”

According to sources, no one at Rolling Stone magazine is allowed to leave their offices until they rank the top 500 stars of all time.