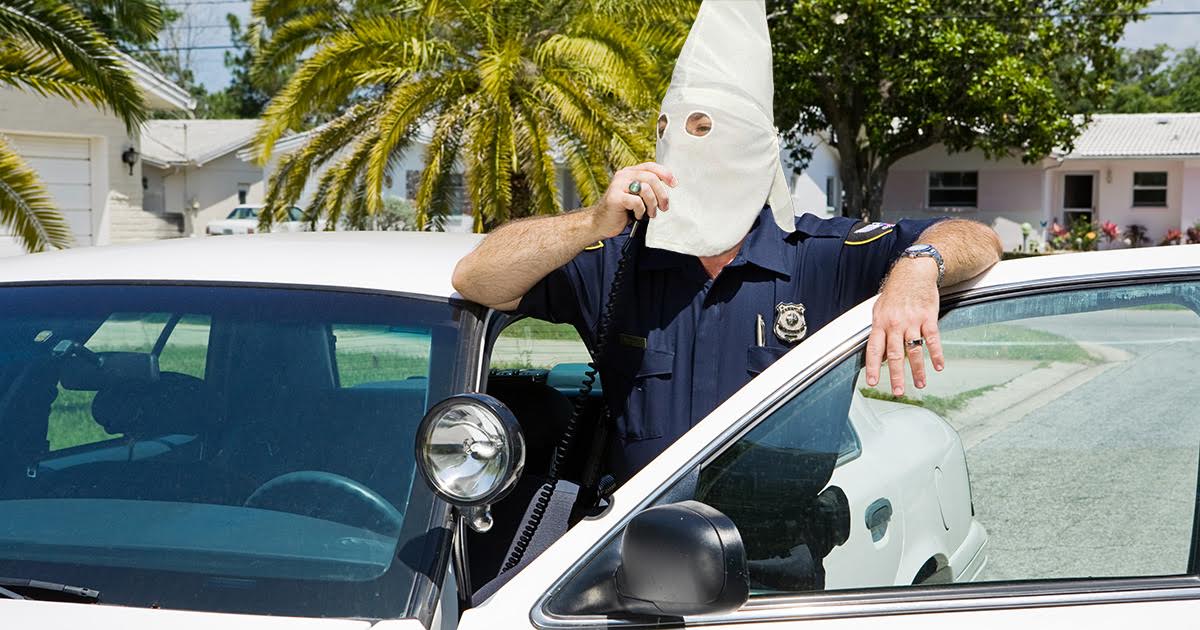 MILWAUKEE — Milwaukee Chief of Police Roger Brooks held a department-wide meeting today to remind his officers not to wear their white hoods after Labor Day, sources challenging the long-standing rule of fashion confirmed.

“I just wanna make sure we’re getting ahead of it this year, since last year we had so many fashion faux pas,” Brooks said, referencing the embarrassing gaffe last year when an officer was seen in his Klan outfit in early October. “I want my boys in blue to be honorable, decent human beings. Wearing those white hoods reflects on not just me, but the entire country’s police force, so we need to make sure they aren’t wearing them after Labor Day. As soon as the clock strikes ‘12’ on Memorial Day, throw ‘em right back on — I know I will. But for now, we want to respect traditions.”

While many continue to support the police, this issue has been a deciding factor in changing some minds.

“After the incident last fall, when I saw an officer openly wearing his Klan attire, I had to abandon the Blue Lives Matter movement entirely,” local resident Brittney Matowski said while painting “MAGA” across her own face. “It was just disgusting to see him wearing that white hood while I was trying to rake leaves. Like, who raised you and didn’t teach you the most basic rule of fashion? I guess what they say is true — ACAB. All cops are bad at dressing themselves.”

Though he understands the sentiment, police union representative George Neely has chosen to disregard the guideline.

“I want to show pride in my beliefs, no matter the time of year,” Neely exclaimed, as he dragged a file on his computer labeled “BodyCam6448.8252020.AVI” into the trash folder. “I don’t care about this ‘white after Labor Day’ nonsense — if I feel like wearing my white hood, I’m gonna wear my white hood. It’s like a part of me. It’s important to me. It represents who I am on the inside. I believe people should be free to live their lives how they want… unless of course, they’re not white. Obviously.”

Chief Brooks also reminded officers not to wear their good luck Manji patches either, no matter how strongly they agree with what it has come to represent, as it’s color scheme does not match their uniforms.