Podcast Has More Hosts Than Listeners 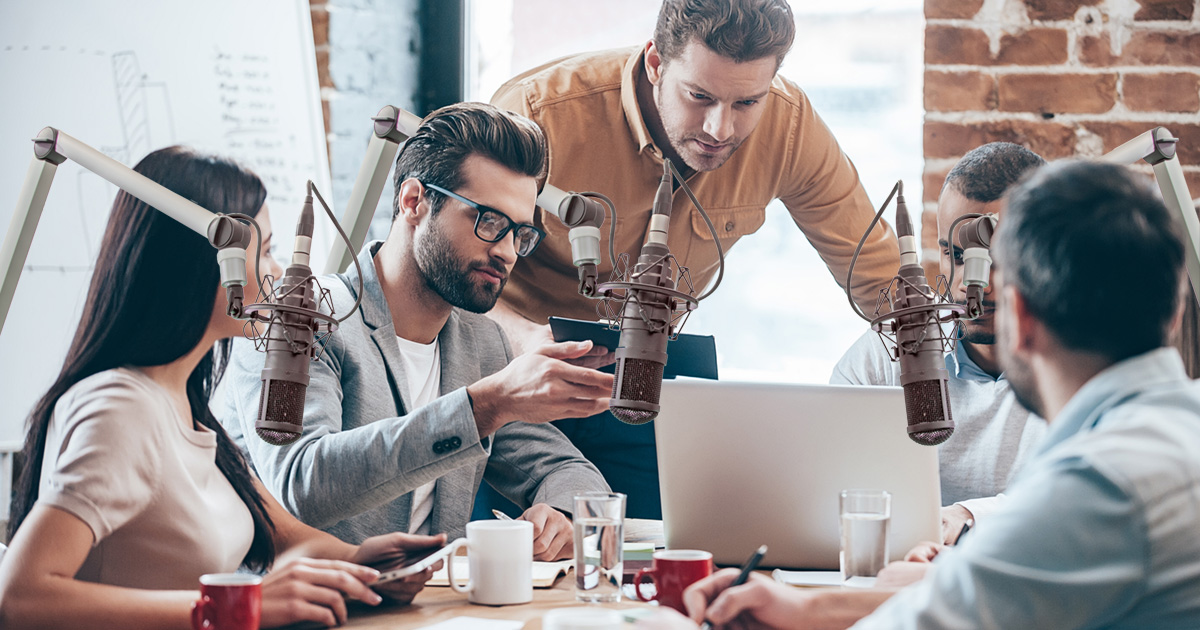 “We wanted to make a show that people like us wanted to listen to. It’s like Last Podcast On The Left meets Joe Rogan, but without all the boring production value or professionalism,” said host “Fat” Ralph Henley, the sixth addition to the team. “We didn’t want to rely on cheap gimmicks like celebrity guests, or meticulous research — we wanted to focus on the intense character work we developed at comedy camp last summer.”

Espousing the DIY nature of podcasting, fellow host Harris Bryant was steadfast about the comedic doors the podcast was sure to open.

“We might not have quality recording equipment or an original premise, but what we do have is three classes of Improv 101 between the eight of us,” said Bryant. “I figured, we never make anyone laugh in person, so why not make a go at it professionally? I’m pretty sure I heard that’s how Jimmy Fallon started doing comedy.”

Unfortunately, despite the bloated hosting team — which should lead to additional word-of-mouth — the podcast has had negligible downloads.

“I’ve been really meaning to check out the podcast, but I just haven’t had the time,” said host Tom O’Brien, one of the original two hosts. “Don’t get me wrong — I’m excited to hear the chemistry between Ben, Harris, John, Jon, Ralph, Fat Ralph, Amelia and myself — but I’m a little backed up on episodes of WTF. I haven’t had the time to check us out.”

Amelia Cortez, the podcast’s only non-white, non-male host, admitted her disappointment in the show so far.

“I thought I’d be a helpful resource, seeing as I have a Masters in Radio Production. But they didn’t actually have a microphone for me to use, and they kept asking me to grab them drinks,” said Cortez. “I stopped showing up after the first episode, but they haven’t noticed yet.”

At press time, YouTube has preemptively banned Yes, ANDroids! from uploading any content to their platform, citing it as “an unnecessary waste of bandwidth.”