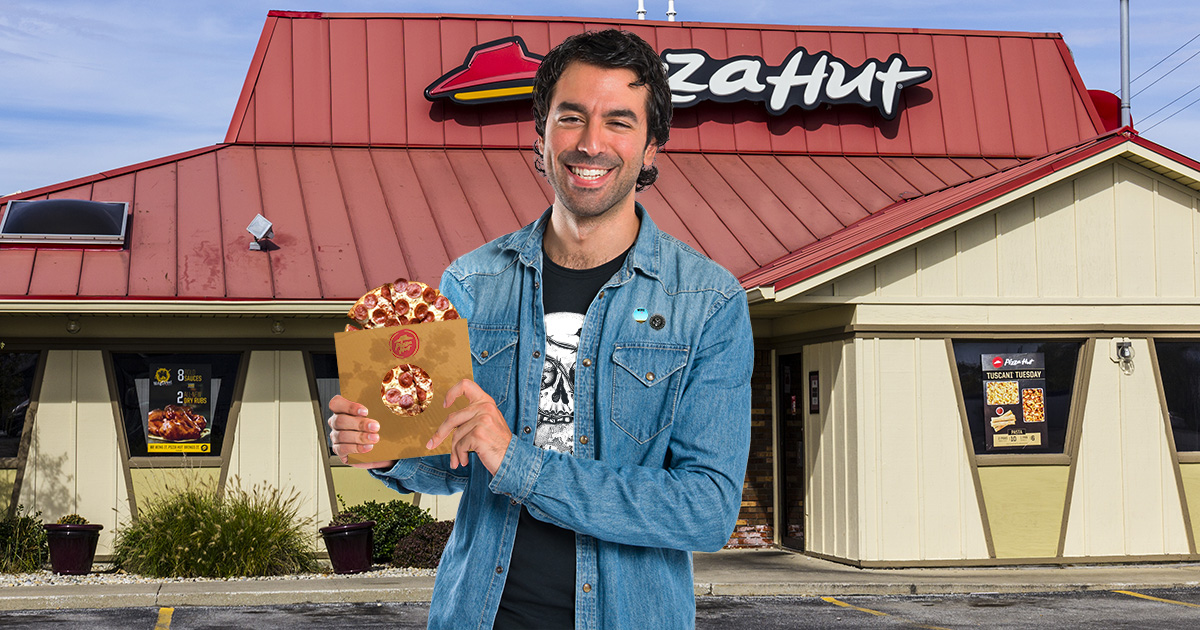 PLANO, Texas — Pizza Hut president Artie Starrs announced this morning via a conference call with shareholders that the restaurant chain will release a new, limited run of 7” pizzas for record collectors starting next month, sources report.

A spokesperson for the brand claimed the move will capitalize on consumers’ growing sense of nostalgia.

“Pizza Hut 7” Zingles® will be available in two varieties and delivered right to your doorstep,” said Pizza Hut spokesperson Charlene Almasi. “Our basic ‘single’ option allows customers to choose any one premium ingredient, while our ‘split’ 7” pizza offers one side of premium ingredients, with less interesting offerings on the other side — including pineapple, anchovy, or Dropkick Murphys Ham™.”

Scene veteran Jen Martin is one of many excited about Pizza Hut’s new offering.

“I haven’t eaten the new one yet, but I ate some of their earlier stuff — like the medium thin crust — and really liked it,” she said of the Zingle®. “It’s good that they’re putting them out as 7” releases; it’s a good way to check out toppings you may not be too familiar with.”

“Plus, you can get through them faster and more of them fit in your fridge… which is cool, since they’re a little cheaper than the classic 12” offerings,” she added. “It’s good all around.”

Pizza Hut is hardly the first fast food pizza chain to attempt to cash in on nostalgia for a bygone age of DIY music, however: Papa John’s was criticized earlier this year for their “Real American mp3-za®” which, while a completely edible, working mp3 player made of cheese and pepperoni, offers consumers only one spoken-word file, questioning “…why white people aren’t allowed to say ‘that word.’”