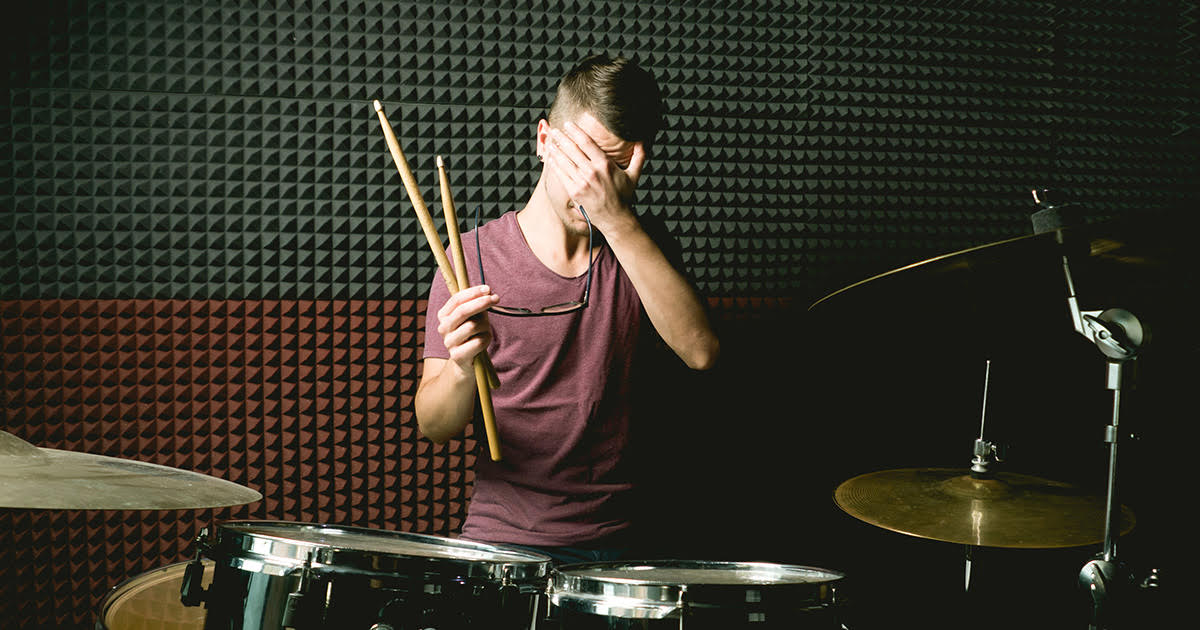 WILMINGTON, Del. — Members of the band Temporary Joy were unaware that their perfectly soundproof practice space is also slowly killing them due to the room’s lack of oxygen, drowsy sources confirmed.

“This practice space is honestly really amazing: we don’t have neighbors calling the cops on us for playing too loud, we can’t hear other bands fighting through the wall… if this place had a shower, I’d want to live here,” said bassist Ahren Clark. “The only thing about it I don’t really like is that after a really good session in there, everyone in the band starts to feel sorta woozy and lightheaded. It’s probably because we’re playing so hard.”

James Fairmont, the owner of the practice space and building, explained the lack of proper air circulation in the unit.

“Well, ya see, it’s an older building… and when you get right down to it, you can either have proper airflow or you can have proper soundproofing, but not both,” said Fairmont. “Yeah, sure, a couple of people have died in the rooms, but that isn’t my fault — they all signed waivers and knew what they were getting into. I tell ya, the biggest pain in the ass is sanding the scratch marks out of the doors from people trying to escape: they are so fuckin’ loopy from the lack of oxygen they don’t realize its a ‘pull’ door and can walk right out.”

Residents of the units surrounding the practice space mostly had praise for Fairmont’s work.

“Really, it’s super great that Mr. Fairmont got the soundproofing sorted out, because now we can sleep and study in peace without being woken up by someone playing a Venom riff incorrectly over and over,” said longtime resident Beth Summers. “That said, though, it does get kind of old that, every time I walk down the street with my laundry, I have to step over all these idiots nearly passed out on the sidewalk sucking wind like they just escaped drowning.”

At press time, the significant others of several band members who suffocated to death in the space were spotted leaving memorial wreaths outside the building.