Pepper Spray Only Seasoning White Cop Knows How To Use 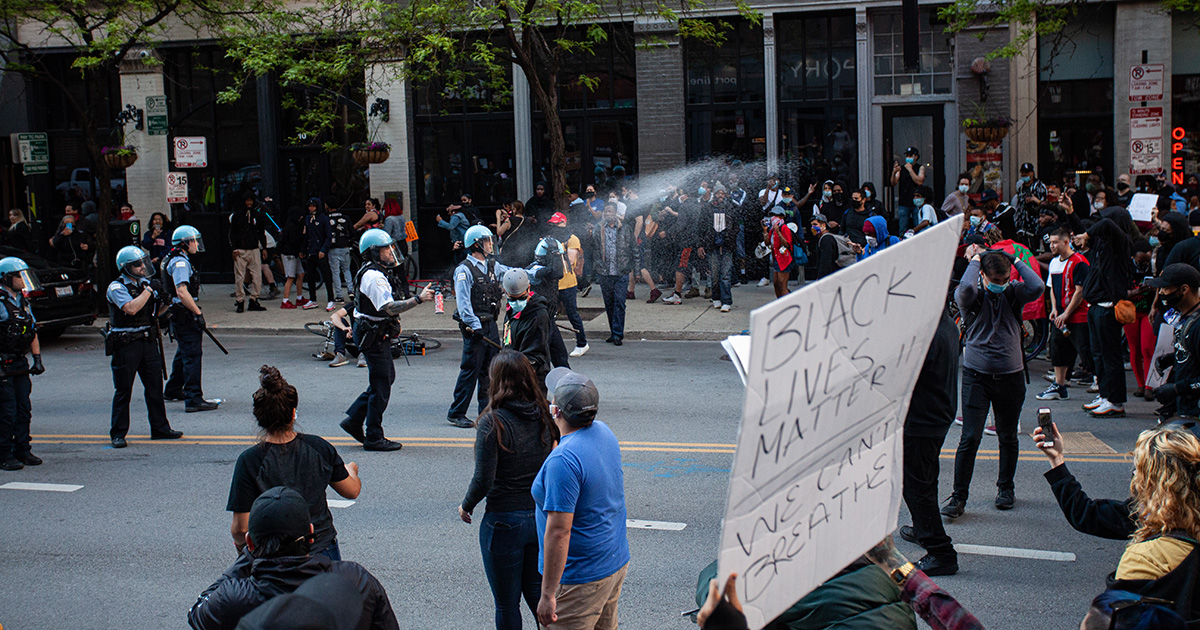 MINNEAPOLIS — Local cop and bland-tasted white guy Cody Anderson admitted earlier today that, despite his general aversion to any seasoning heavier than salt, he routinely uses pepper spray, both on and off the job.

“As a 52-year-old white man from the midwest, I just didn’t grow up with the most adventurous palate, so you can’t really blame me for that. Fortunately, the four months I spent training to become a law enforcement officer of the state helped me become pretty familiar with spices that definitely make a statement, without all the flashiness of paprika,” Anderson stated. “Look, at the end of the day, I’m just doing my job. Sometimes it’s hard to know how much is too much, but it’s just easier to apply in large quantities and figure out later if that was a good idea. It’s way less confusing than potato salad.”

Local citizens familiar with Officer Anderson’s liberal, unprovoked, use of pepper spray goes above and beyond what is needed.

“My friends and I were just walking out here, just peacefully protesting when we saw this random cop rush at us out of nowhere, pulls a canister of pepper spray out of a Ziploc baggy, and sprays me and my friend and everyone else in sight,” local protester Mariko Abe, who later realized that the spray “still lacked a little something.” “People backed away at first, but then we realized this shit is weak. It kind of felt like water; it was actually more refreshing than painful. Honestly, not sure if he was incompetent or just trying to help.”

Despite Anderson’s rampant use of pepper spray, sources reported witnessing his otherwise lack of seasoning ability, which included making hummus without tahini, bringing mayonnaise-glazed chicken to the department picnic, and putting ketchup on hotdogs.

“Oh, there were definitely red flags. He would often use little squirts of the pepper spray on a bowl of Mac and Cheese, and then talk about how immigrants ruined the American diet,” Anderson’s former partner Karim Davis. “It was very uncomfortable, especially when he started adding bacon bits and celery into the bowl. I had to leave the room entirely.”

At press time, protestors had invited Anderson to put the pepper spray down and join them in exploring other flavors, but he was frantically going person-to-person asking where the nearest bathroom was.