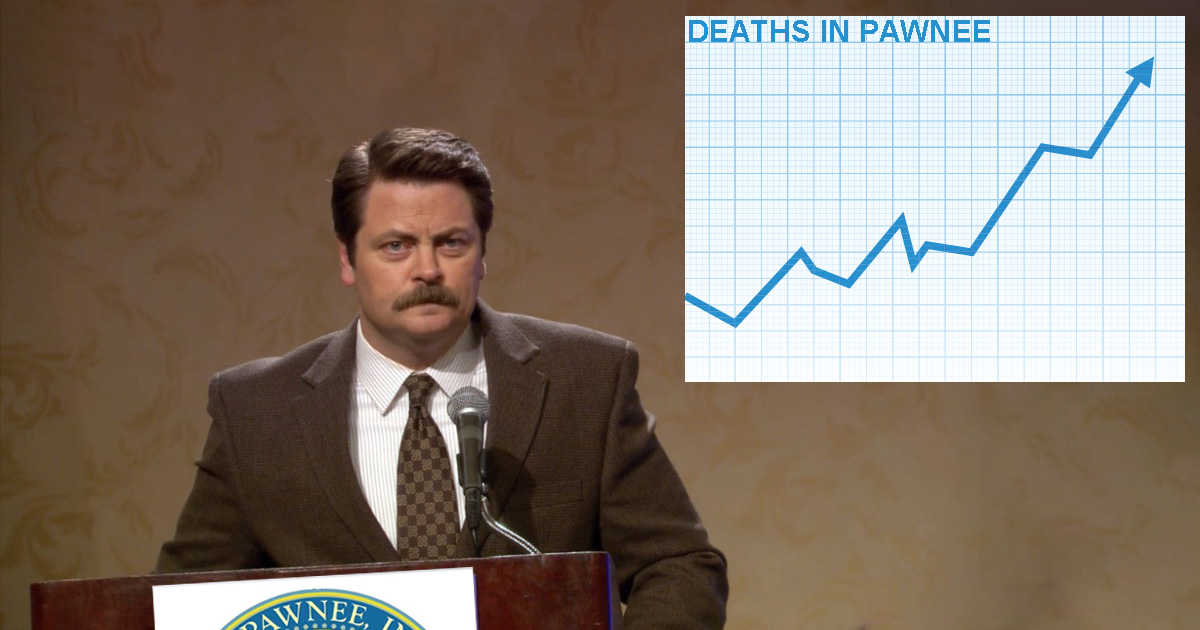 “Look, it’s not the government’s job to babysit you or prevent you from dying. If you want a lifeguard, hire one yourself and help stimulate the economy,” Mayor Swanson explained from inside a concrete bunker he built himself using his tax-payer funded paychecks. “I believe in small government, and if that means large amounts of dead bodies, so be it. Now please excuse me — there’s a new all-you-can-eat buffet with four different types of bacon opening across town, and I want to be first in line.”

Journalists described Pawnee as “basically a developing nation without modern medicine at this point.”

“We need Doctors Without Borders or Jimmy Carter or someone who cares about people’s health to come help these people,” said local reporter Shauna Malwae-Tweep. “The bodies are rotting in piles because Mayor Swanson disbanded the coroner’s office and won’t use taxpayer money to bury corpses — people just toss their dead in the Sullivan Street pit. I even saw some guy stealing clothes off the bodies to sell at a store called Rent-a-Swag.”

Rebecca Blake, an epidemiologist from the CDC sent to investigate the city, agreed.

“I expected a bad outbreak, but it was only the first pandemic initiated by Mayor Swanson’s reforms,” said Dr. Blake. “He legalized all drugs during an opioid crisis, but slashed any funding for rehabilitation. He also offered the Food and Stuff huge subsidies if they stopped selling fruits, vegetables, and seitan. And even policies like defunding the police, which make sense in theory, are disasters under Swanson: he simply hired private security forces that quickly morphed into red meat-eating, mustachioed militias that worship him like a god. The only people who are doing alright are the wealthy, who’ve walled themselves inside the Sweetums candy factory.”