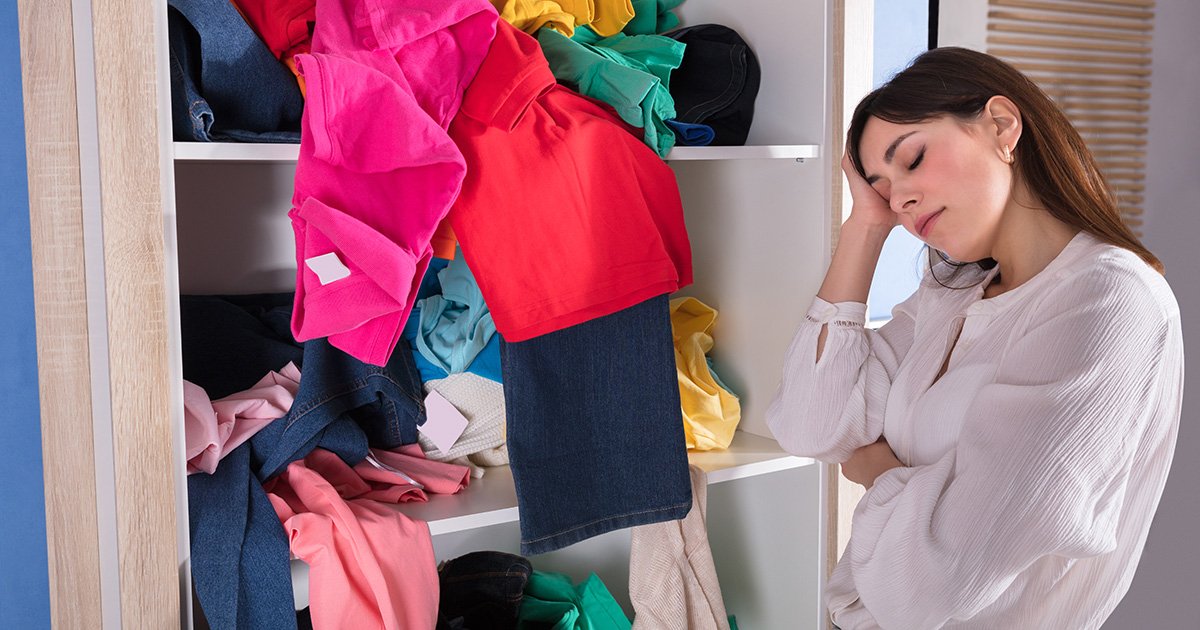 EWELL, Md. — Local wife Anna Schomaeker grew suspicious of her husband Zeke last week after discovering a second pair of Levi’s 501 jeans in his side of the closet, leading her to wonder if he may be cheating on her.

“I wouldn’t be too suspicious about the jeans alone,” said Schomaeker as she placed the jeans on her kitchen table. “But he’s also been brushing his teeth every day and he showered twice last week. He’s coming home at 3 a.m., and I have no idea where he’s been — which is normal — but he’s not stumbling in blackout drunk, which is odd. I’m not sure who he’s trying to impress, but these jeans don’t have a single stain or hole in the crotch. So I’m not really sure what to think.”

When Schomaeker confronted her husband about what she found, he allegedly refused to own up to the “obvious infidelity.”

“I tried to tell her it was just a big misunderstanding — that I’m just trying to get my shit together, smell better, and make sure I live to 40,” said the aging punk after a jog. “She told me she doesn’t ‘recognize the man she married anymore…’ probably because I started wearing button-ups instead of ratty band shirts I bought 15 years ago.”

According to punk marriage expert Dr. Tess Ingraham, it’s not uncommon for punk marriages to go through periods of uncertainty when spouses reach a certain age.

“When a partner starts going out of their way to be a better person, it’s only natural for the other to suspect infidelity,” she said. “In my book ‘From Oi! to Death,’ I talk about how most often it’s just a case of seeing the grim specter of mortality and trying to steer away from it. Unfortunately, buying a second pair of jeans is also exactly what any punk would do before trying to step out on their spouse.”

In an effort to rekindle their marriage, the couple is reportedly planning a recommitment ceremony in which they will renew their vows and huff a can of 2003 Sherwin-Williams spray paint in the basement where they married.