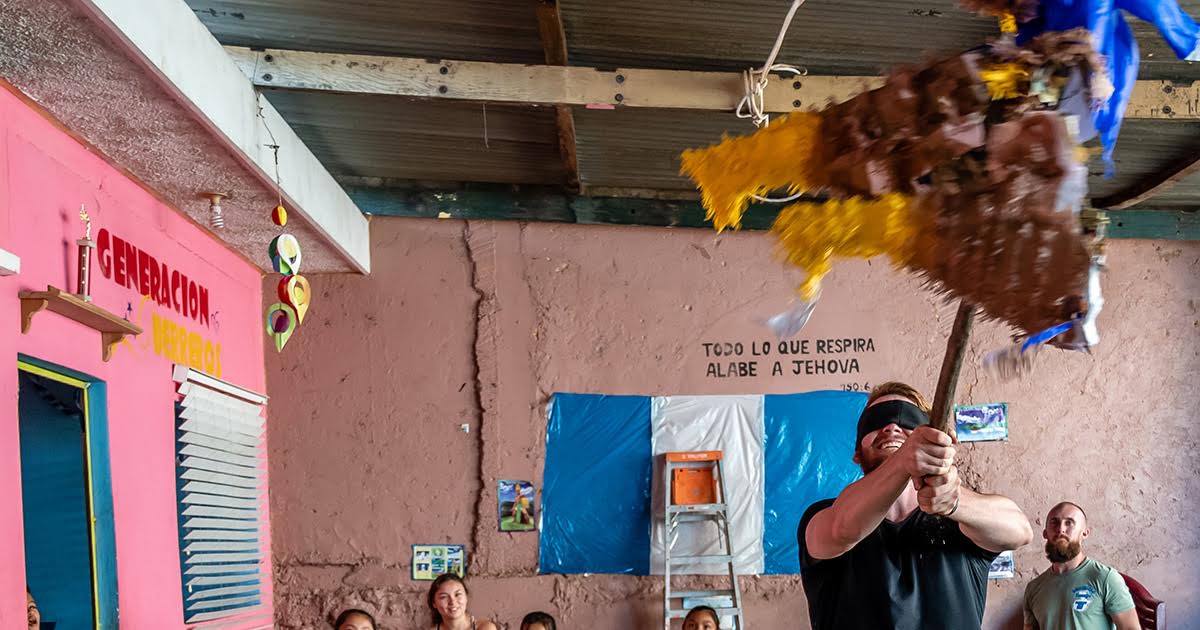 “I think we were all a little taken aback at how hard Seth was swinging the broomstick. Lots of the younger kids started crying because he just looked like a maniac. We thought it was funny at first, but the way he attacked that Spongebob wearing a sombrero felt a bit personal,” said Gunez while cleaning bits of candy that were scattered across his backyard. “My girlfriend, Brooke, stepped in to stop him after he started yelling ‘die, die, die’ and ‘go back to where you came from.’ The mood definitely changed after that, but I don’t think he noticed.”

Richter connected on nearly 12 swings that loudly boomed throughout the backyard before he was stopped.

“I told everyone here that I would smash that piece of shit Spongebob to pieces and that’s exactly what I did,” said Richter while finishing a beer as he climbed into his Jeep. “Three years of playing JuCo baseball trained me with amazing hand-eye coordination. Everyone was absolutely stunned when I hammered the thing to oblivion. If you thought that was cool, what until you see me smash all the trash cans on the street with my bumper. They get launched into yards 20 feet away. It’s amazing, dude.”

Part-time bouncer, George Campos, who attended the party is not a stranger to these phenomena.

“It’s very common to see an overtly-confident white guy come into a party, bar, strip club, or generally any place where they can get some attention and ruin everyone’s day. Oddly enough it seems to ramp up during days of celebration for other people,” said Campos. “At the video game bar I work at we’ve seen a guy lose at a decent run of Pac-Man and punch the vintage cabinet’s screen. I was also a doorman at an upscale restaurant and these guys constantly tried coming in with their polos tucked into their khaki shorts which are not allowed. They would all flip out and start cursing and ruining everyone’s evening while they asked me if I knew who they were. And honestly, I didn’t, they all looked like the same guy to me.”

After the piñata was left in shambles Richter asked if anyone wanted to try to escape his triangle choke but attendants had begun to leave.