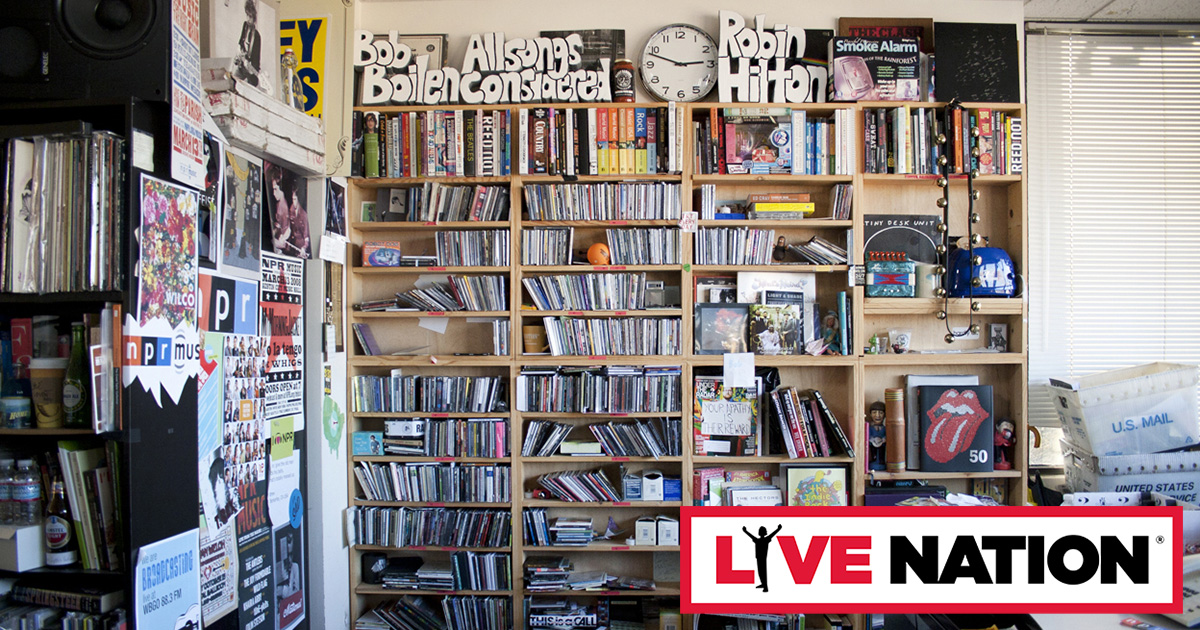 “Live Nation is already putting together an experience Tiny Desk would not be able to provide in such a small and intimate setting,” said Live Nation CEO Michael Rapino. “We’ve got the best pyro techs in the industry working on a spectacular show that’s going to accompany our upcoming Coldplay tour. The original desk didn’t work for our vision, so we’ve tripled its size, which will be surrounded by a slew of other smaller desks around it and bring what will be the most high-tech experience currently on tour. NPR’s reach is notably smaller than our email list and we expect the arenas we’re coming into to be at capacity at every stop.”

While some long-time Tiny Desk fans aren’t sure what to make of the acquisition, the development was well received at NPR headquarters.

“Even though it hurts to sell such an established part of NPR’s rich musical history, the long-term benefits are astronomical,” stated NPR CFO Deborah Cowan. “We’ve struggled with getting people to donate, because you know we operate with donations from listeners like you. We couldn’t keep begging knowing so many people in their cars would turn the volume down when the donation script was being read or just straight up thought ‘I’ll do it next time.’ Now, look at what happened. We had to give up our prized Tiny Desk so we can keep ‘Wait, Wait, Don’t Tell Me’ alive.

Randy McNalle, a Live Nation customer who cannot figure out how to unsubscribe from the promoter’s email list, was one of the first people to receive an email blast about upcoming Tiny Desk concerts.

“This is depressing. As a long-time listener I’m devastated NPR did the worst thing possible and sold out like so many of our heroes,” stated McNalle. “I don’t think I’ll be attending the tour because I don’t care for any of those acts and the email I got said the next Tiny Desk tour will be Twenty-One Pilots opening for KISS! I’m beyond crushed! NPR said the sale was to cover funding but how can that be when we’ve all spoken very highly of their programming for years? It’s almost like my tweet about how I really enjoy ‘Up First’ was worthless.”