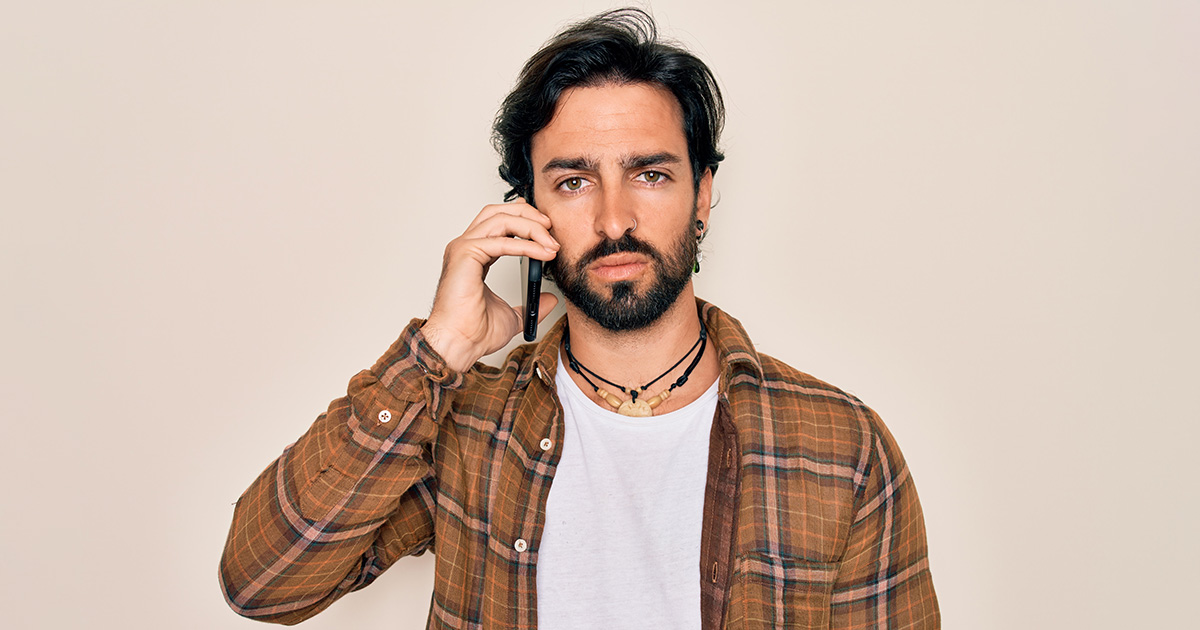 CHICAGO — Local ex-boyfriend Dan Bakersfield hit up his ex-girlfriend last night to yell at her “like the good old days” after reaching the end of every dating app downloaded onto his phone, troubled sources confirmed.

“I can’t remember any of her interests, but I’ll never forget how angry it made me when she left orange rinds in the sink. So I figured I’d call her up, make sure she’s still doing that, and then just go to town,” Bakersfield said while sharpening a knife. “It’s been tough in quarantine, not having someone around to take all my impotent rage out on, and if she didn’t want to ever speak again, she should’ve blocked my number — it’s as simple as that. She’s crazy, and still needs someone to explain all the ways in which her behavior should change.”

For her part, ex-girlfriend Becca Rivera was not very receptive to what Bakersfield called a “nostalgic reconnection.”

“When some number I didn’t have saved popped up, I assumed it was my internet company trying to sell me some crap,” Rivera said. “I totally forgot he used to scream at me over pretty much everything until I cried. I don’t think ‘nostalgic’ is the right word… maybe more like ‘traumatic relapse’ or something. I definitely repressed the memory of pretty much our entire relationship until he called.”

“We’re seeing an uptick in the number of people who have exhausted Bumble, Hinge, Tinder… and even more niche apps like Feeld and Wooplus, desperately searching for someone to argue with during the pandemic,” Andrews stated. “Once these people can no longer find new matches — either because the app has banned them, or they’ve merely run out of options in their areas — they start looking at past lovers as a means to expel some pent-up frustration.”

Bakersfield allegedly attempted to reach six other exes before the Chicago Police Department went to his apartment with a restraining order.