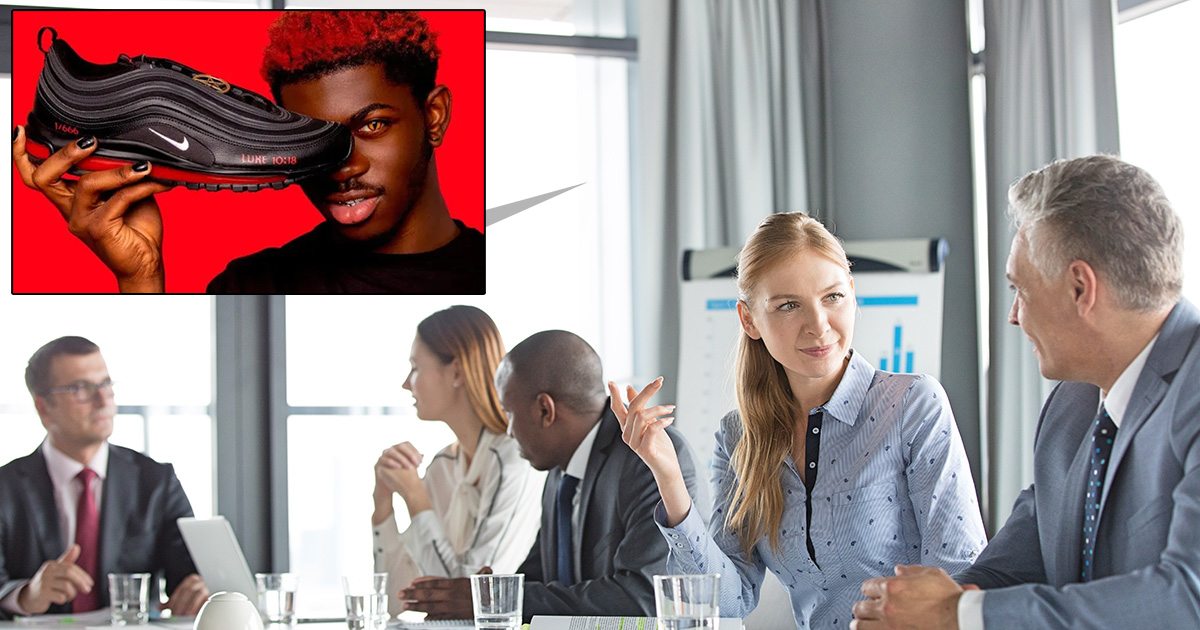 LOS ANGELES — Nike announced today they will be suing Lil Nas X and art collective MSCHF for saying their “Satan Shoes” based on Nike Air Max 97s only contain one drop of human blood.

“The accusation that any Nike shoe only contains a single drop of human blood is baseless and false,” said Chad Barrow, Nike’s legal counsel. “Absolute gallons of human blood and suffering go into each pair of Nike sneakers and any implication to the contrary is to belittle the children who shed their blood, sweat, and tears for each limited-edition sneaker drop.”

Brent Wood, a representative for MSCHF, acknowledged the mistake in the company’s marketing.

“I mean, I should have known that saying there was exactly one drop of blood in the shoes was probably underselling it, this is Nike we are talking about after all,” Wood said. “You don’t name a company after the goddess of victory without being willing to shed some serious blood. Honestly, we aren’t really that worried about it. Really, we’re more worried about people dying trying to replicate the blood-laced sole themselves to produce bootlegs.”

Lil Nas X expressed indifference and disconcert when faced with the looming threat of legal action by Nike.

“Let them come at me, they’ll regret it before the case ever goes by a judge because I’ll have already destroyed them in the court of public opinion,” said the 21-year-old artist. “Worst case scenario, I’ll just spin it as one EXTRA drop of blood, you know, in addition to the absolute buckets of hemoglobin already present in your standard sneaker.”

At press time, Nike’s counsel was attempting to serve Lil Nas X with papers but could not catch up with him as he rotated rapidly around a stripper pole.