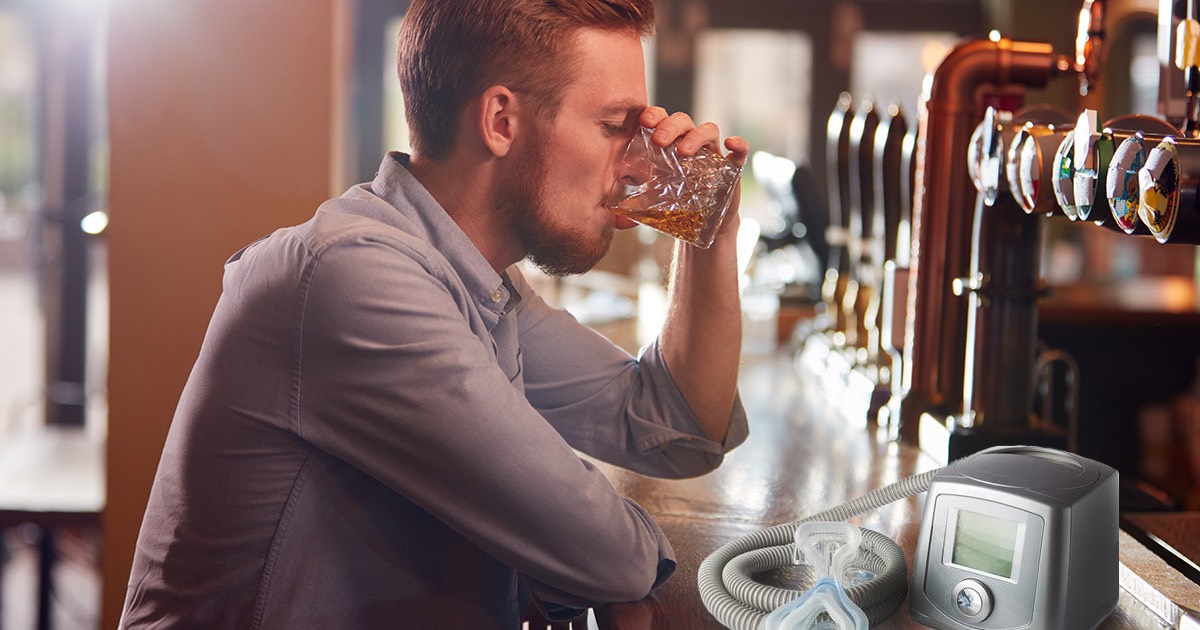 PHILADELPHIA — Newly single man Tim Donahue brought his CPAP machine to a bar yesterday evening in the event he might hook up upon returning to the nightlife scene for the first time in over a year, according to sources who appreciate the consideration.

“I’m not trying to be presumptuous or anything, it just never hurts to be prepared,” Donahue explained, gesturing to the gym bag overflowing with cords and tubes next to him. “I can see why some people might find this weird or off-putting, but my health has to come first. Sex or no sex, I don’t want to be over someone’s place and die because I stopped breathing in my sleep. It might be a little awkward fumbling around to put it on in the dark, but better safe than sorry.”

“Besides, it’s not like I wear the thing while we’re fucking,” he added.

Bar patrons and staff expressed a range of reactions from bemusement to outright confusion sources report.

“This guy was always coming here with a jug of water and a duffle bag. I thought he was homeless but when I finally asked and he explained, I sort of wish I had just minded my own business,” remarked bartender Jake Helms. “Maybe it’s me, but it kind of smacks of desperation. When I asked why didn’t he just invite people back to his place or just leave after the sex, he told me he was staying with a friend while he was apartment hunting, and he thought it was rude to not at least offer to stay the night. I’m not sure how ‘huge snoring problem’ isn’t the perfect excuse to leave after, but whatever.”

Relationship experts note that while these developments may seem strange, it ultimately reflects a new health conscious population in the post-COVID era.

“I’m not a health expert, but I don’t think one night without the machine would be that bad,” noted relationship expert, Dan Savage. “If he does insist upon bringing that thing, make it fun and turn it into a role playing game, like you’re hooking up with an android or a coma patient. I suppose it’s not the worst thing though. I once hooked up with a guy in an iron lung and the noises from that thing kept me up all night.”

At press time, Donahue had met a willing sexual partner but had to stop at a 24-hour pharmacy to pick up an air purifier.