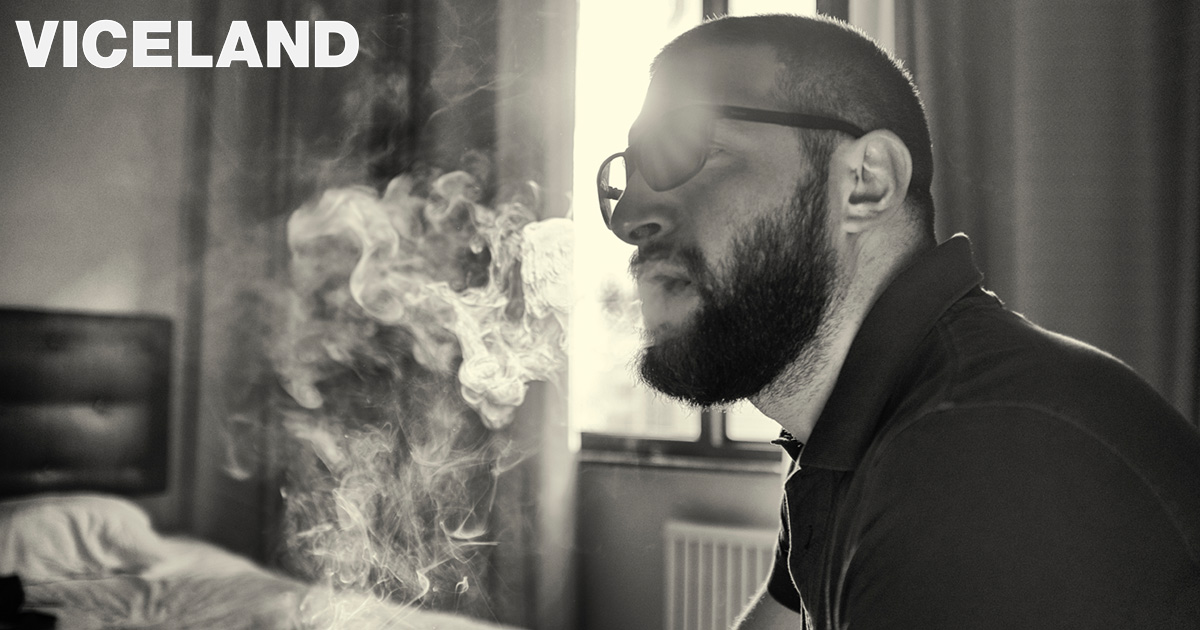 “This is really a groundbreaking look inside a micro-community, where this Schedule 1 substance is used nearly, if not literally, every day,” said Johnson. “The guys allowed us unprecedented access into a home ravaged by marijuana dependency and the turmoil it breeds.”

Johnson proceeded to present footage of the roommates eating pizza, scrolling through Reddit, and watching The Simpsons after getting home from their 9-to-5 jobs as web developers.

“You can see there in the background — this ornate glass tube is incredible, nearly two feet tall. It’s actually something they get high with, if you can believe that,” said Johnson. “And you can really see the damage their addiction inflicts on their lives: you know, you see two, maybe three days worth of dishes piled up in the sink… and bills sitting on the kitchen table, not getting paid until right before they’re due. Very high-risk behaviors.”

“He asks a lot of annoying questions, but we just kind of do what we’re doing anyway, so it’s fine, I guess,” said Bastien from his three-bedroom apartment. “Anyway, it could be great exposure for our podcast; maybe even get us some sponsors — it’s about Democratic Socialism. I’m also developing an app that matches Zipcars with Instacart drivers, if anyone out there is interested in investing.”

Cameraman Barry Riley was also indifferent to the roommates’ lifestyle, but found perks in the work.

“All told, it’s a pretty easy job,” said Riley. “I mean, the place has got kind of a funky smell about it, but I’m just camped out in the living room all day… and they always have that Trader Joe’s cookie butter.”

While Weed House has yet to be greenlit by Viceland’s main office, Johnson plans to spend an extra few days in town in search of illicit rock concerts operating in residential properties without permits.