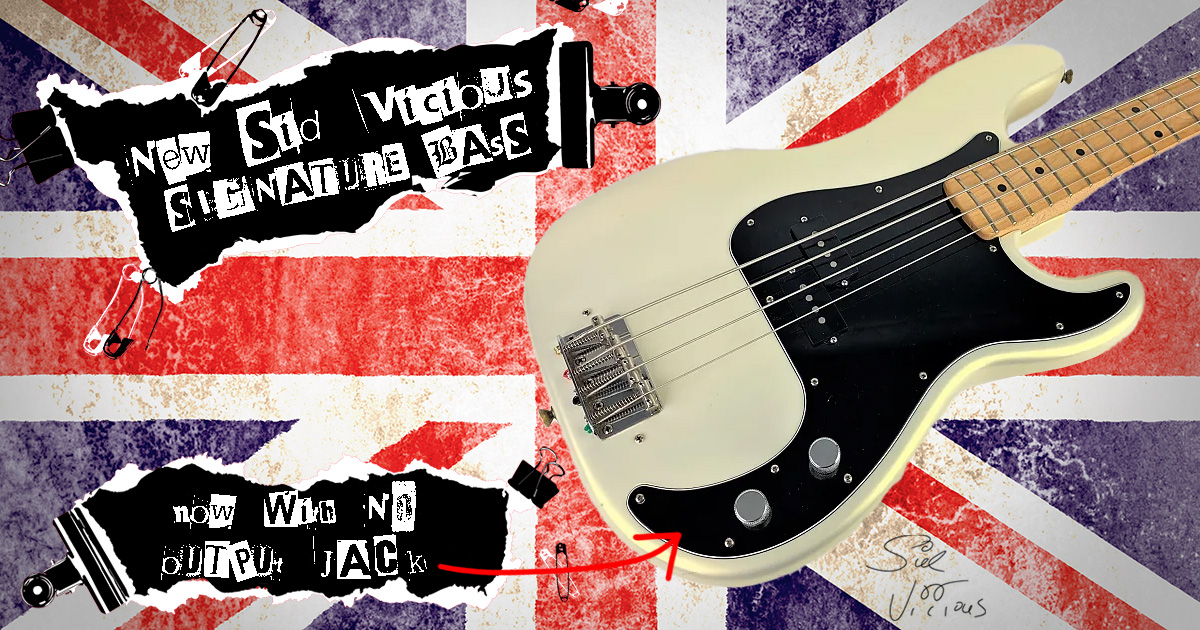 “We’re so proud to capture the essence of what made Sid such a memorable figure and someone that still inspires bass players to this day,” said Fender PR Lead Miguel Hopkins. “For months we researched his style down to the finest detail. And what we learned was that the rest of the band did everything in their power to ensure there was no way in hell anyone would ever hear him play. Ever. Turns out Sid was essentially a strung-out mascot that did more harm than good to not only the Sex Pistols, but to the punk genre at large.”

Enthusiasts are ecstatic that soon they’ll be able to get their hands on a detailed replica played by one of punk history’s most incorrigible characters.

“Sid Vicious was so cool, I want to be just like him when I grow up. The clothes, the girls, the heroin addiction, I want all of it” said 15-year-old Eric Raskin, who was introduced to the Sex Pistols by his cool older cousin. “I’ve always wanted to play just like him ever since I heard about him last year, and now I can! Plus the strap is a chain with a padlock, so once you put it on you can’t take it off. Should help weed out some of the posers. ”

Original Sex Pistols guitarist Steve Jones confirmed the rumors that Vicious was not only a terrible bass player, but was barely a musician at all.

“I considered him more of a fan than a band member, funny innit?” Jones reminisced. “I played bass on the record. And live? Let’s just say nobody seemed to mind that Sid never plugged in, did they? Ironic, that. Even today he’s still our most famous member, but he really didn’t do much except for murder that Spungen bird, did he? Maybe if he’s your favorite bass player you don’t deserve an output jack in the first place. But who am I to say?”