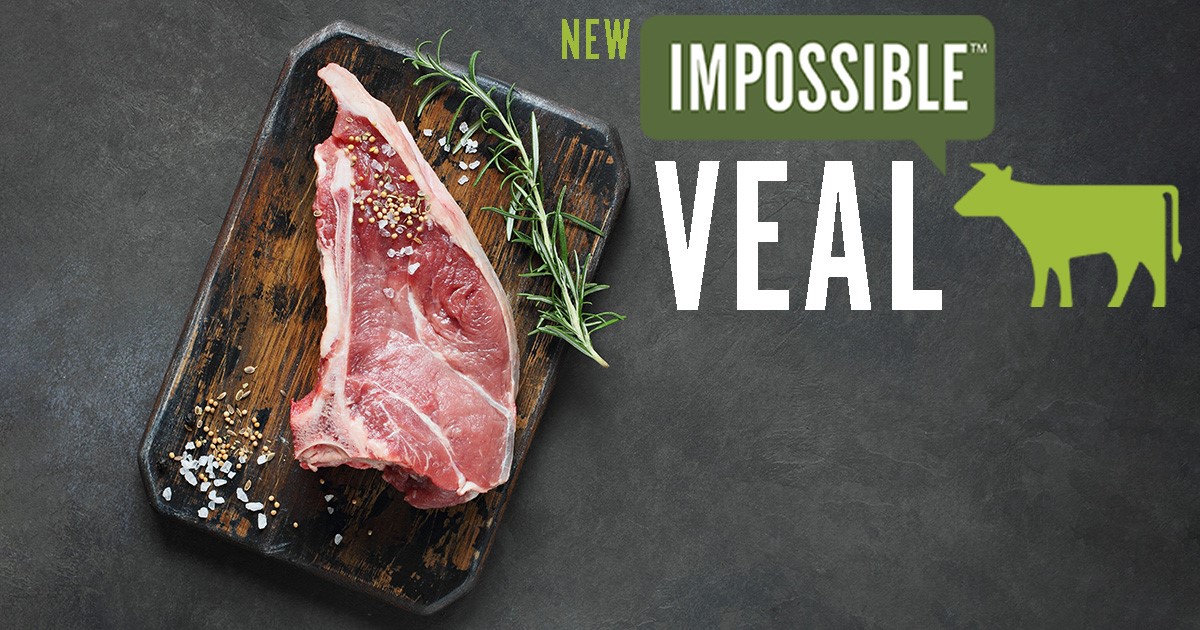 REDWOOD CITY, Calif. — Impossible Foods Inc., the creator of the meatless Impossible Burger, announced today the development of “Impossible Veal,” the next product in their lineup of bleeding, plant-based meat substitutes.

“We’ve been blown away by the response to the Impossible Burger,” said Derrick Arbuckle, Vice President of Marketing at Impossible Foods. “In particular, we’ve received a lot of positive feedback about how the Impossible Burger bleeds just like real cow meat… actually, that’s the only feedback we’ve received. Turns out, people seem to really love biting into what was once a living animal and feeling the remnants of its life force dribbling down their chin. Of course, we’re thrilled with the response, but we know we have to keep pushing ourselves to make the dream of a meatless future a reality.”

“Impossible Veal is the next step in showing our scientists can mimic cruelty with plant-based ingredients,” he added.

According to Arbuckle, the company has spent multiple years developing Impossible Veal, often discarding months of work to start over from scratch.

“The taste wasn’t the problem,” said senior food engineer Kimber Pazda. “But no matter how much we tweaked the flavor or made it bleed, it just wasn’t right. Finally, we had an epiphany: it has to suffer — really suffer. Like, ‘Saw III’ suffer. As soon as we engineered a plant protein that could scream, shake, and cry out for its mother as it’s brutally slaughtered, our taste testers could no longer differentiate our veal from the real thing.”

As part of its plan for the meat substitute, Impossible Foods will focus heavily on marketing towards people who refuse to eat vegetables because they did not come from a living animal that died suddenly and tragically at the hands of bone-crushing machines.

“Normally, I don’t go in for that vegan, gluten-free stuff,” growled local diner Jarrett Welser, as he attempted to shove an entire 22 oz. steak into his mouth all at once. “Vegetables have no taste. There’s just something about food that once had a brain and a heart and yearned for the comforting embrace of its mother that really gives it that extra flavor. If you’re saying Impossible Veal has got that, then, yeah… maybe I’ll give it a try.”

Although unwilling to discuss their product road map publicly, Impossible Foods is rumored to be experimenting with a plant-based substitute of the most delicious animal of all: man.