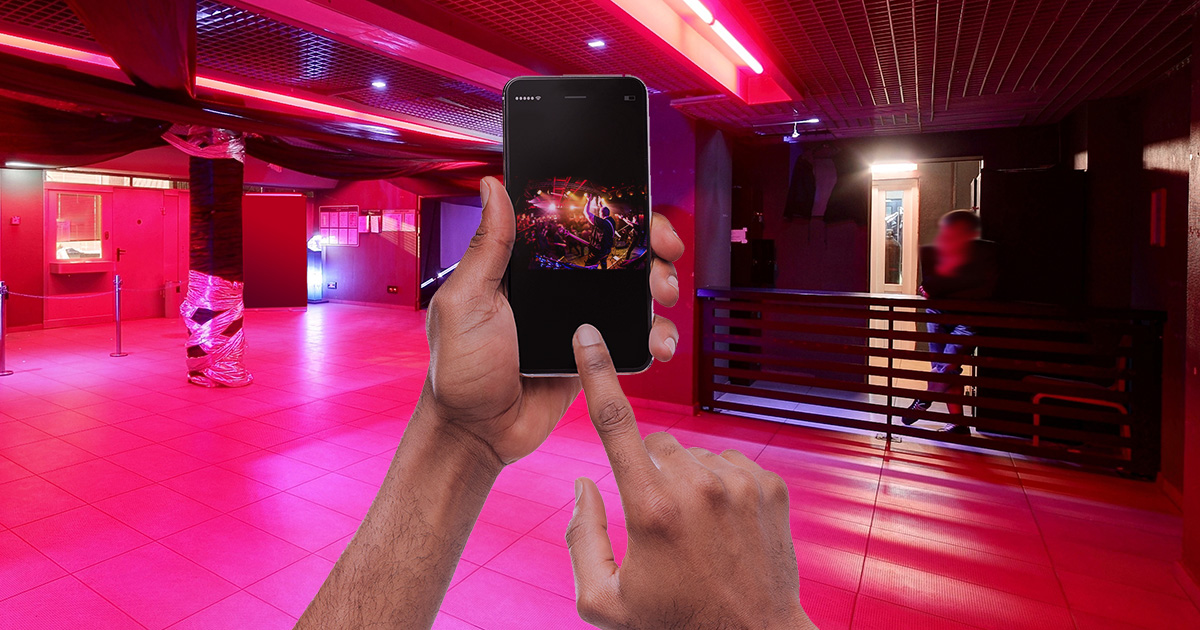 “I can’t begin to tell you how sad it makes me to see hundreds of pictures from poorly attended shows posted to Instagram every day,” said filter developer Kate Flaherty. “Sometimes it’s bands playing in large, empty rooms; sometimes it’s pictures from comedy shows with a caption like, ‘Packed house!’ on a photo that clearly shows three rows of empty chairs. This filter scans the open space of a room and fills it out with a virtual audience to give your followers a sense of FOMO for a show that was, in reality, an absolute failure.”

Users are already praising the filter.

“This has been a goddamn game changer,” said Adam Funari, bassist for local ska-funk band Slick Work. “Thanks to this new filter, I’ve had tons of messages from people who’d never come out to a show before, begging to know when the next one is. People hate missing out, even if they’re missing something they don’t care anything about.”

“Thanks to this filter, my last show was packed to the gills,” folk-punk singer Marshall Witski agreed. “I’ve heard they’re going to add an additional filter for $5 that features only attractive people, too. You can sign me up for that right now.”

Despite the overwhelming support of the new technology, there have been some detractors.

“There’s nothing real or genuine about it,” argued scene legend Ray “Ray Day” Farias, printing flyers at the local Kinko’s. “I get that the scene isn’t what it used to be, but this isn’t the answer. I saw a crazy video of like, 80 people moshing their faces off at the Skull Ripper/Brain Freeze show at the Gaul last week, and it was fake as fuck. I was at that fucking show. There were like, six of us there tops, and it was so tame that a couple people just laid down on the floor.”

Despite Farias’ aversion to the feature, the latest photo in his Instagram feed allegedly shows a suspiciously well-attended birthday party.