New Age Roommate Has A Crystal For That 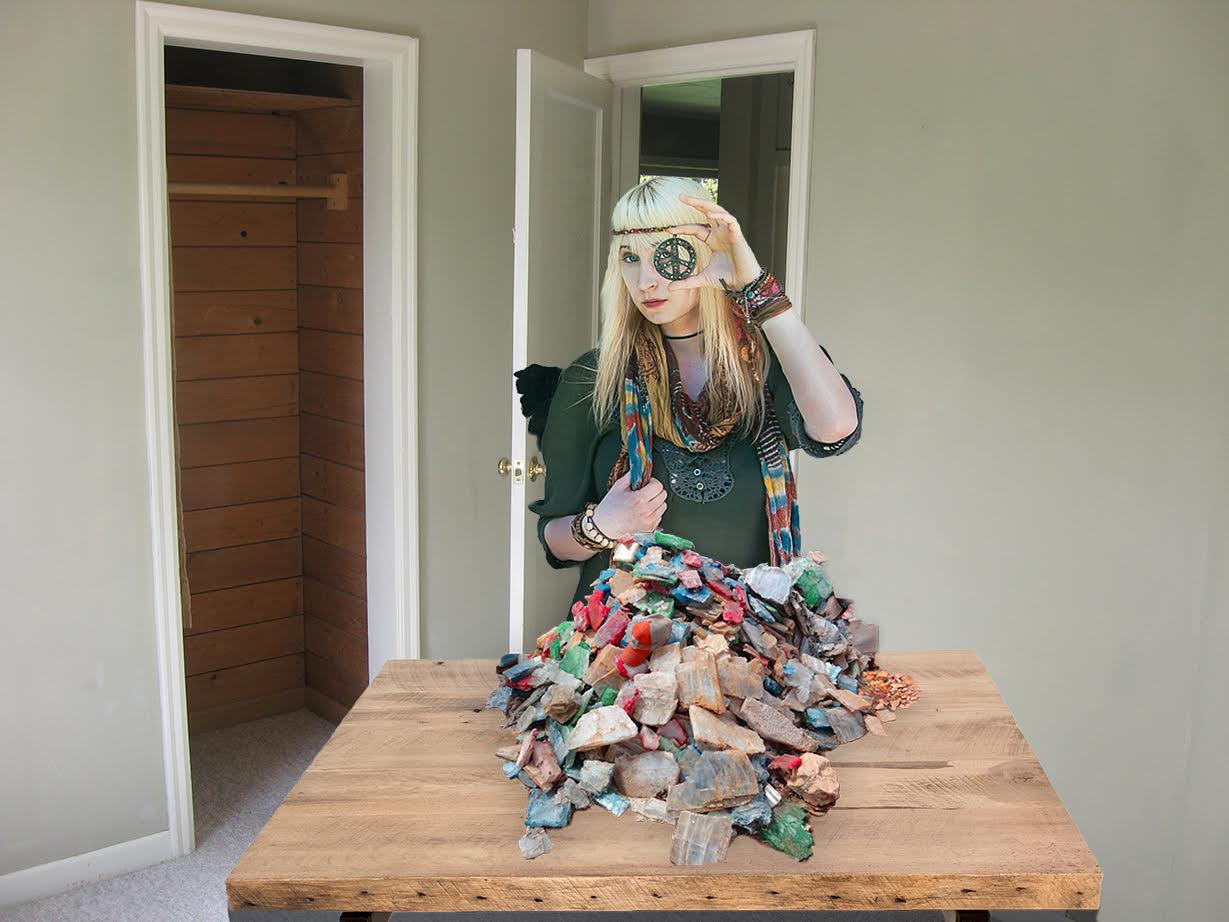 AUSTIN, Texas — Reports indicate tensions in the small, two-bedroom apartment shared by Jessica Murray and her new roommate Agnes Lustica have reached a boiling point, primarily due to Lustica’s insistence that, no matter the problem, she “has a crystal for that.”

“At first, I thought the crystals were just decoration, but it turns out they’re involved in every facet of her life,” said Murray. “It’s more than just aligning chakras or whatever. She’s got a crystal for everything.”

When asked about the crystals strewn about her living room, Murray furiously listed their alleged purposes. “That one helps with digestion, this one helps with insomnia — that sharp black one there is supposed to boost our WiFi reception. She says the blue one on the counter helps her get the good shifts at the bookstore. To me, they all seem useless, except as paperweights. Which she yelled at me for using one as.”

Murray, who manages social media for a local seafood chain, said she found her new roommate through Craigslist.

“Agnes’s email claimed she was ‘liberal, open-minded, and a bit of a musician,’ so I figured she would be a fun choice,” Murray said. “I wish I’d vetted her harder and paid attention to where she listed “healer” as one of her skills, though. Last night at 2 A.M., I asked her to stop playing sitar so I could get some sleep, and she just gave me this piece of amethyst, saying it would ‘help me engage my third eye and embrace empathy.’”

Murray was recently forced to confront Lustica after she refused to pay her rent in U.S. currency, instead offering a crystal called “tiger eye.”

“She told me I was upset because of the Cancer moon, and that these feelings would pass once the moon moved out of my sun sign and into Leo. I have absolutely no idea what that is supposed to mean, but I do know if she doesn’t pay up, we’re gonna be $600 short on rent this month,” complained the young marketing professional.

When reached for comment, Lustica remarked, “Yeah, I might be overdoing it with the crystals. I just recently had a vision that the true key to spiritual wellness is to burn tons of incense all the time.”