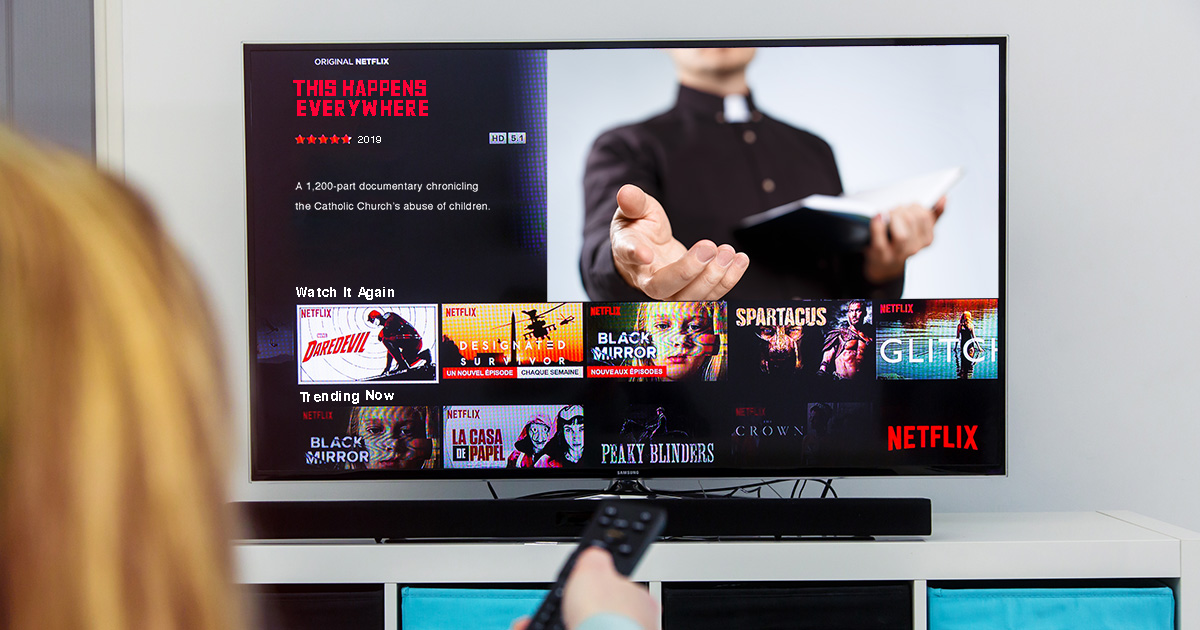 LOS GATOS, Calif. — Netflix surprised subscribers today by releasing the entirety of its original, 1,200-part documentary This Happens Everywhere, chronicling the Catholic Church’s abuse of children for its streaming service.

“The Netflix difference is our commitment to releasing full seasons of television, all at once, even if it means building a five-story building to house the custom-built supercomputer needed to upload and stream all 40 terabytes of This Happens Everywhere,” said Netflix CEO Reed Hastings. “That isn’t even factoring in future seasons — which, if centuries of history are anything to go by, will certainly need to be made. We’ve already greenlit an additional 15,000 hours that should arrive over the next century or so.”

The series, which clocks in at 816,352 minutes, appears to be the streaming giant’s response to similar projects about Michael Jackson and R. Kelly, run on HBO and Lifetime, respectively, to critical acclaim and strong ratings.

“We know our customers love true crime stories, and we wanted to feed that appetite,” said CCO Ted Sarandos. “If you thought Fyre: The Greatest Party That Never Happened or Abducted in Plain Sight were good, then buckle up, my friend. Each episode of This Happens Everywhere is crazier than the last: some of the episodes make me physically ill, but people still love the Catholic church.”

The response from consumers has been generally positive.

“I’m really excited to binge this,” said subscriber Tiffany Henderson. “It’ll be just like when I put on The Office as background noise as I do things: I can totally see myself having this on while I complete the entirety of my Master’s Degree, or get pregnant and celebrate my future child’s first birthday.”

Netflix also announced that they are mapping a similar series to tackle the crimes of colonization. However, production is on hold until the technology required to store and stream the show can be developed, as it involves mining natural resources from space.