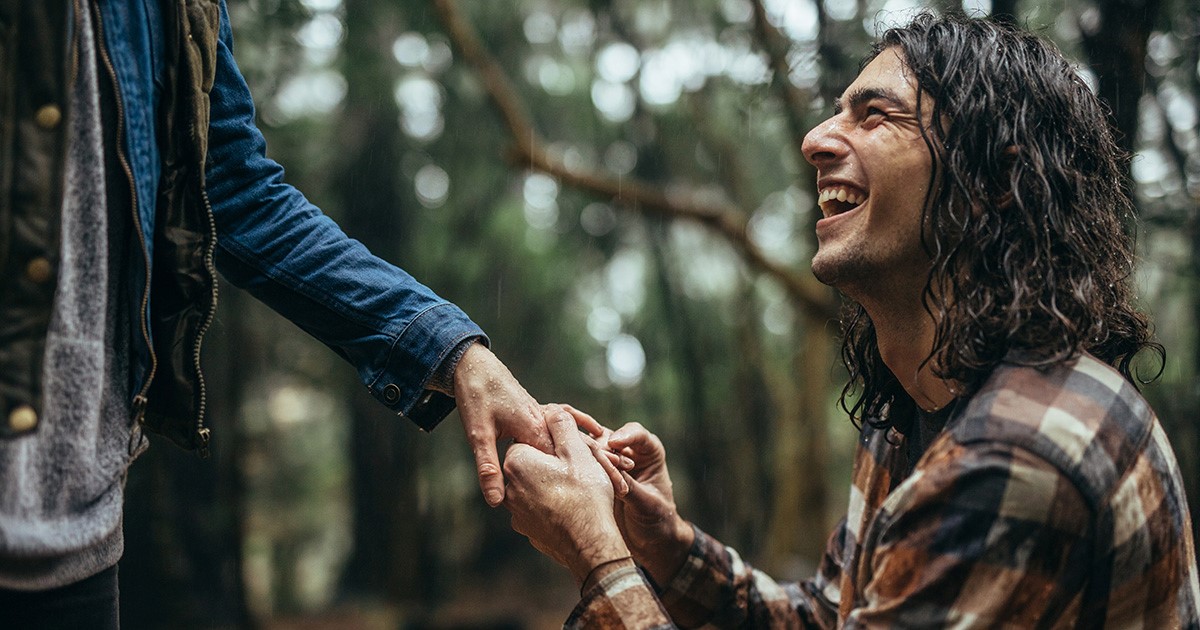 OCEAN SPRINGS, Miss. — Local musician Kevin Masterson proposed to his girlfriend Christine Sitner yesterday with a $200 engagement ring, using the traditional three months’ worth of his earned income to ask for her hand in marriage.

“Look, as my new fiancée has always reassured me, size doesn’t matter. So I figured that thinking should apply to diamonds, too,” said the 31-year-old Going Dutch rhythm guitarist of the 0.02-carat ring he bought for his partner of nine years. “Plus, I made the proposal really romantic by giving it to her after my set at Rusty’s Pub, where she goes drinking almost every night.”

Masterson allegedly gave Sitner the ring after performing a song he wrote for her, but a source close to the couple disputed that claim.

“He wrote that fucking song for his last girlfriend when they were still together, but he just changed a couple of lines and rededicated it to Christine years later. That’s how lazy he is. I seriously can’t believe they’re getting married,” opined Shivani Patel, a close friend of the bride-to-be, on condition of non-anonymity. “I’m not someone who thinks you need to spend a fortune on a ring. But like, Kevin’s dad has a job waiting for him as a sales rep at his insurance firm, with flexible hours and everything… but Kevin insists on playing crappy songs at dive bars, making $8 a night and some drink tickets.”

Videos of the proposal on social media showed Masterson, sporting a Hootie & the Blowfish ’98 tour T-shirt, kneeling down on one knee and revealing the ring. For her part, Sitner insisted her dramatic reaction in the clip was showing “tears of joy.”

“It’s fine. It’s totally fine. I mean, I said yes, didn’t I?” said Sitner. “The wedding will be tough, though. My ‘something borrowed’ is basically going to have to be my dress, the cake, and the whole venue… because until my writing career takes off, we’re kind of cash strapped.”

Meanwhile, Masterson’s bandmates confirmed he recently spent $1,200 on a Gibson Les Paul guitar as an early wedding present for himself, funding it with extra money he receives from his parents on a monthly basis.