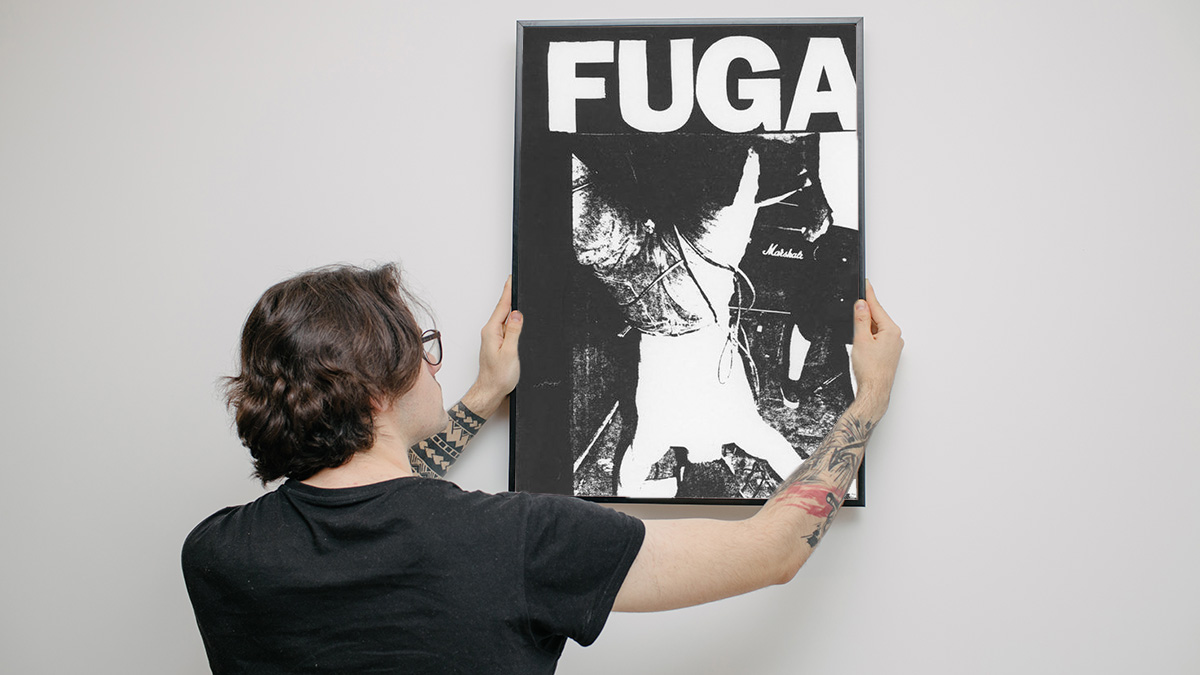 “At first I just taped it to the wall, and I thought it looked pretty good hanging in the kitchen, but then I splashed some milk on it when I threw a cereal bowl into the sink. That’s when I realized I should take better care of my investment and put it in a frame,” said Castro. “Naturally, framing comes with a price. I had to trim a few inches off each side of the poster to get it to fit, but it still looks fine, I barely even cut into the graphic. I saved the pieces I shaved off, so I could definitely tape the whole thing back together in a pinch, I guarantee no one would even notice the seams.”

Costa’s friend of over 20 years Ted Reiman witnessed the cropping of the poster.

“The second he got the frame home from Walmart, he was reaching for a pair of scissors. It’s just like the goddamn pokemon cards when we were ten,” said Reiman while trying to control his anger. “I told him several times he should measure the poster before buying a frame, but he just said he’s got an ‘eye’ for this kinda thing. And when he actually started cutting it made everything so much worse. It was like watching a kindergartner who desperately needs a nap handle scissors for the first time, but instead of cutting shapes out of craft paper he was mutilating a piece of history.”

Music memorabilia vendor Terry Connors weighed in on the shocking but all too familiar story.

“These posters in good shape can go for top dollar. That era of memorabilia is extremely popular right now,” said Connors. “The real rarity is how hard they are to find in mint condition. There are so many novice collectors who basically ruin everything they touch within minutes by gluing them to a guitar case, writing crappy song lyrics on the back, or just letting them sit under their mattress where it grows mold or gets eaten by silverfish. I’d be more upset if it wasn’t driving the prices in my gallery through the roof.”

At press time, unconfirmed reports have stated the removed sections of the poster are currently on the kitchen counter under several dirty dishes and a wet sponge.