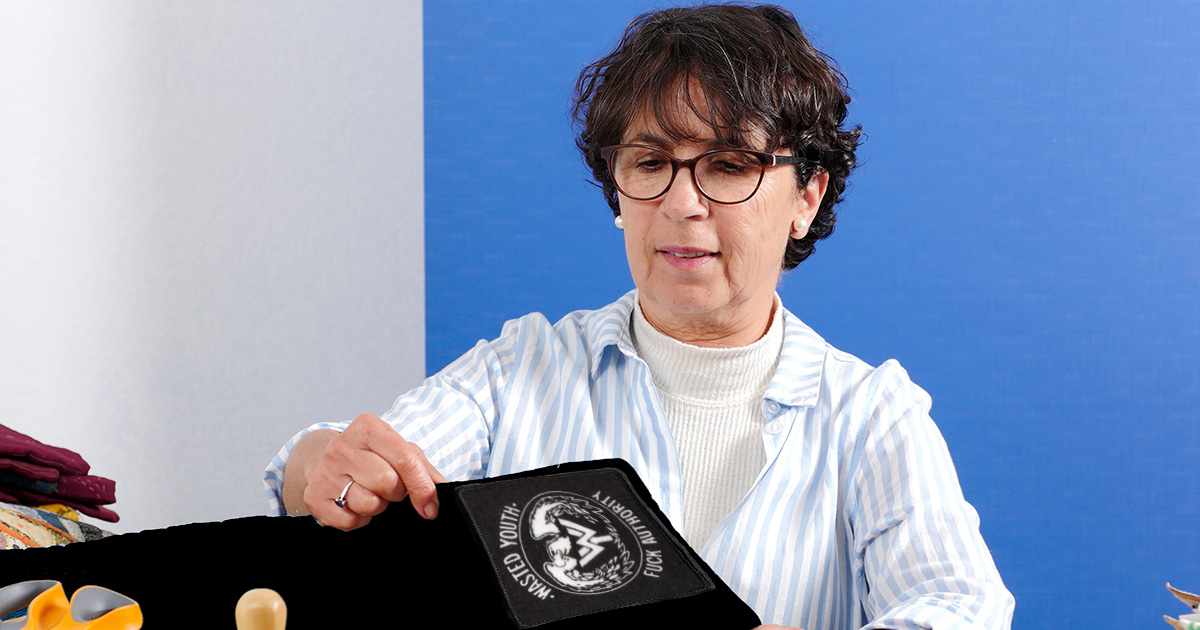 “I’ll be honest: I don’t love the cussing, but I do want Leslie to express herself. If that means sewing vulgar patches on a jacket, or letting that band of hers with all the yelling and screaming practice in the basement, then so be it,” said the supportive mother. “I’ve wanted to teach her how to sew and knit for years, but every time I sit down and try to show her, she calls me a ‘tyrant’ and asks how I ‘get off stepping on the necks of the working class.’ Oh, well.”

Indeed, Mrs. Mendez has been the invisible force behind most of her daughter’s DIY style choices, yet receives almost no credit.

“Yeah, great… so my mom took the time to sew the legs of two different pairs of pants together for me, and everyone creams their jeans because of how amazing they look. But I’m pretty sure that’s just what moms are supposed to do. I didn’t ask to be born,” said the oldest and certainly the most punk Mendez child. “And, yeah — the vegan cookies she made for the animal rights bake sale were such a huge hit that everyone begged me for the fucking recipe. Whatever, I’m not trying to be like her… some zombie housewife just doing whatever it is her husband and children demand.”

Noted family therapist Dr. Angelo Lapinski is an expert in the field of punk child/normal parent dynamics, and believes the Mendez’s relationship will eventually even out.

“Punk teenagers often have nothing real to rebel against, so they lash out at their parents. And as long as those parents don’t flip out and become assholes, usually everything evens out by the time the child is 22,” said Dr. Lapinski. “This is when the world starts to crush the spirits of most punks who now have to deal with bosses, landlords, and cops. Eventually, Leslie will grow to appreciate her mother’s hard work. Ultimately, in a lot of cases, the child will wish the parent hadn’t allowed them to dye their hair hot pink and pierce their eyebrow the day before prom.”