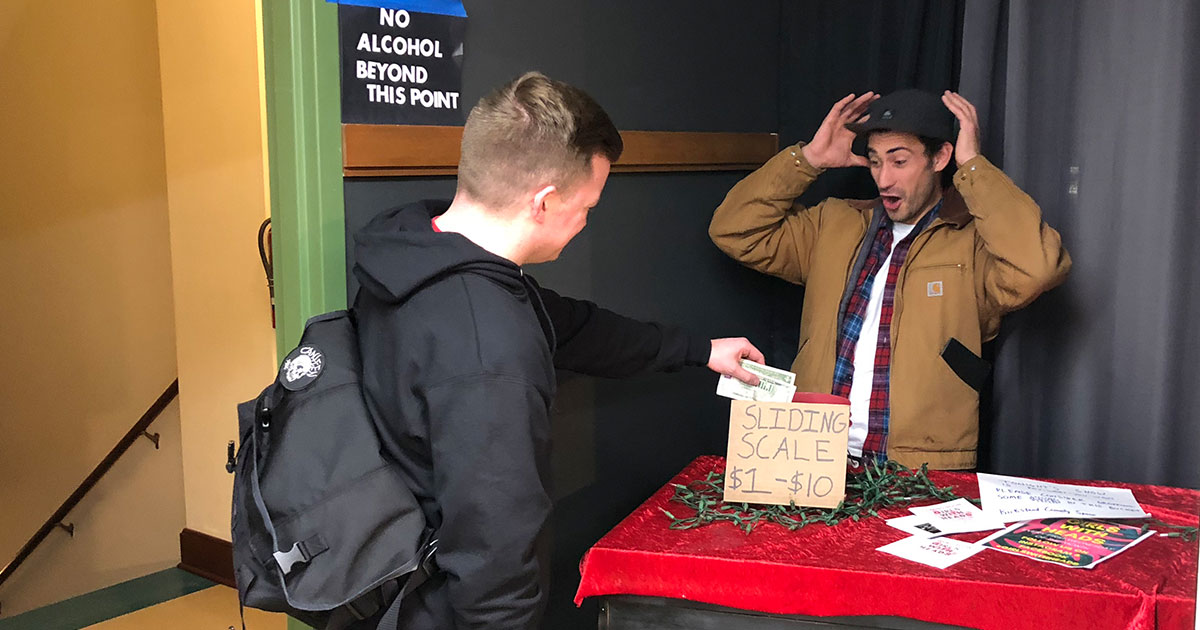 “He just popped $6 in the bucket like it was fucking nothing,” said longtime bouncer Brianna Kelkar. “Most people just throw a handful of pennies at me and keep walking before I have time to count it. Ol’ Moneybags had cold, hard cash, and wasn’t afraid to flaunt it.”

“You could just tell this guy came from money. He showed up alone in a car that could’ve fit four or five more people, who could’ve all chipped in for gas, but that didn’t seem to matter to him,” said 15-year-old Chris Gutierrez. “He had a haircut clearly done by a barber, and not just by his mother over the sink in the kitchen.”

Sliding scale admission is part of the “trickle down” economic theory of the DIY music scene, as punk venues trust that those with more money will act in the best interest of those who have less.

“‘Trickle down’ was popularized in the ’70s by progressive punks before it was championed by Ronald Reagan in the ’80s,” said punk historian Kyra Santos. “Venues that still use this system have an almost fanatical trust in human kindness, coupled with little knowledge of evidence-based economic theory. History shows that patrons who pay the least are most likely to destroy DIY venues with ignorant mosh tactics.”

A source close to Simpson, who asked to remain anonymous, later claimed that Simpson’s staggering wealth was accumulated after he started Curbside Distro, “the most successful distro in the Tri-County area,” which saw $200 in business in its first year of operation.

Buy a shirt from The Hard Times right now: