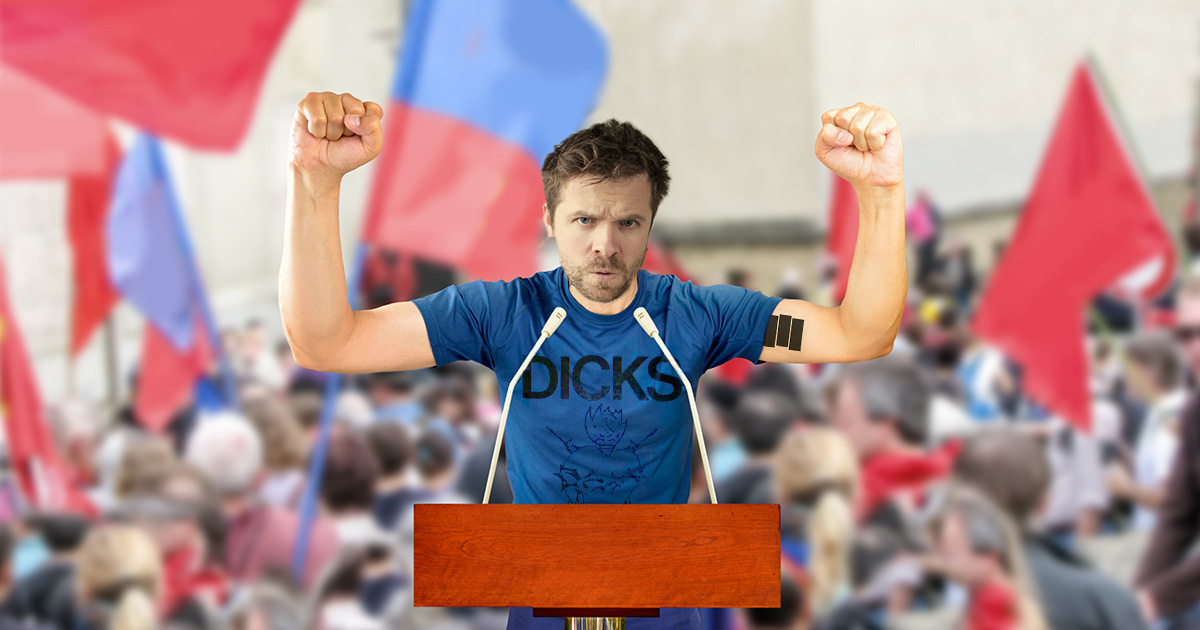 “We were told the event was going to last six hours — maybe eight if the opening band ran late,” said D.C. Chief of Police Peter Newsham. “But it’s been over two weeks, and there’s no sign of them slowing down. In fact, I think there are more speakers on the list now than there were five days ago. They keep shouting out ‘people standing in the back’ and inviting them on stage to join them to perform the speech with them. I haven’t seen my kids in days.”

Speakers confirmed the determination of the frontmen has only increased as the days pass.

“I came because I needed to let the kids know that no matter how much society dumps on us for being screw ups, that we’re here for each other,” said Robbie Deadman, frontman for hardcore group Cold Six Thousand. “We are prepared to go until everyone has been heard. Yes, basically everyone who has spoken so far is just repeating the same exact thing the guy before them said, but each person does it with a certain unique flair that makes them special, bro.”

Authorities are increasingly worried about plummeting temperatures, especially at night: large drifts of snow and garbage have been turned in to crude shelters, where frontmen have resorted to burning Madball shirts and pairs of Nike Air Max shoes for warmth.

“I saw this guy in ripped jeans, just pacing back and forth with no shirt or jacket to keep him warm,” said paramedic Brittney Allen. “I figured he was going to freeze to death by the third night, but when he finally got up on stage, he tore into this screed about how straight edge saved his life and something about some guy named Big Tim always having his back no matter what.”

At press time, law enforcement prepared to shut down the event, fearing it might stretch into the New Year after getting word Henry Rollins was preparing to take the stage.