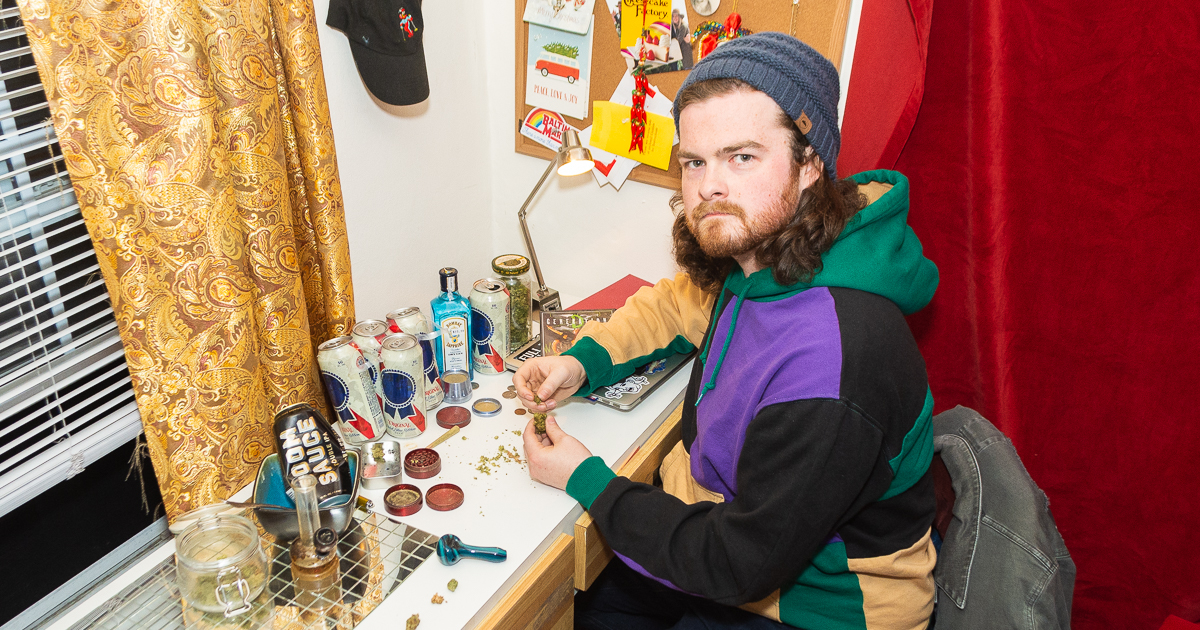 DETROIT — Avid cannabis consumer Jake Sweeney exploded in rage today after finding a seed in his marijuana for the first time in over three years, several bummed out sources reported.

“This is fucking bullshit,” said Sweeney, who obtained his medicinal marijuana card after improper lifting technique resulted in a work injury. “I usually buy top-shelf buds, but I was light on cash this week, so I bought an ounce of shake for $45. I got home and was gonna roll a big blunt of medicine and there it was — a fucking seed. I couldn’t fucking believe it. I would have taken this shit back if I hadn’t smoked it anyways.”

Of the several people gathered at the time of the seed’s discovery, Sweeney was the only one audibly upset. Many acquaintances alleged privately that Sweeney’s standards for satisfactory marijuana have risen beyond reasonable levels from the recent past.

“Before Jake got his card, he’d smoke roaches out of empty beer cans,” said longtime roommate Gary Maroney. “I straight-up saw him wrap a paper around a stem one time and smoke it. Now he hollers at me if I use the ‘wrong’ kind of lighter on a bowl… I don’t even know what he means. He got that card, and is just a complete dick now.”

Sweeney insisted his transition from recreational marijuana user to medicinal marijuana scholar had nothing to do with the trajectory of the controversial plant’s public perception.

“I’ve always been a big believer in its medicinal values,” he said. “People used to mock me when I said I couldn’t live without it, but we know better now, don’t we? Would you laugh at a diabetic for using insulin first thing in the morning? And every hour or two after that, all day?”

Despite cannabis’ clear evolution of quality, availability and public perception, Sweeney questioned whether any noteworthy progress had truly been made.

“I mean, what good is obtaining a jar of 28 percent THC Gorilla Glue as easily as a Big Gulp if it’s gonna be a damn ripoff?” he said. “I’m just gonna call Stubby and see if he’s still selling.”