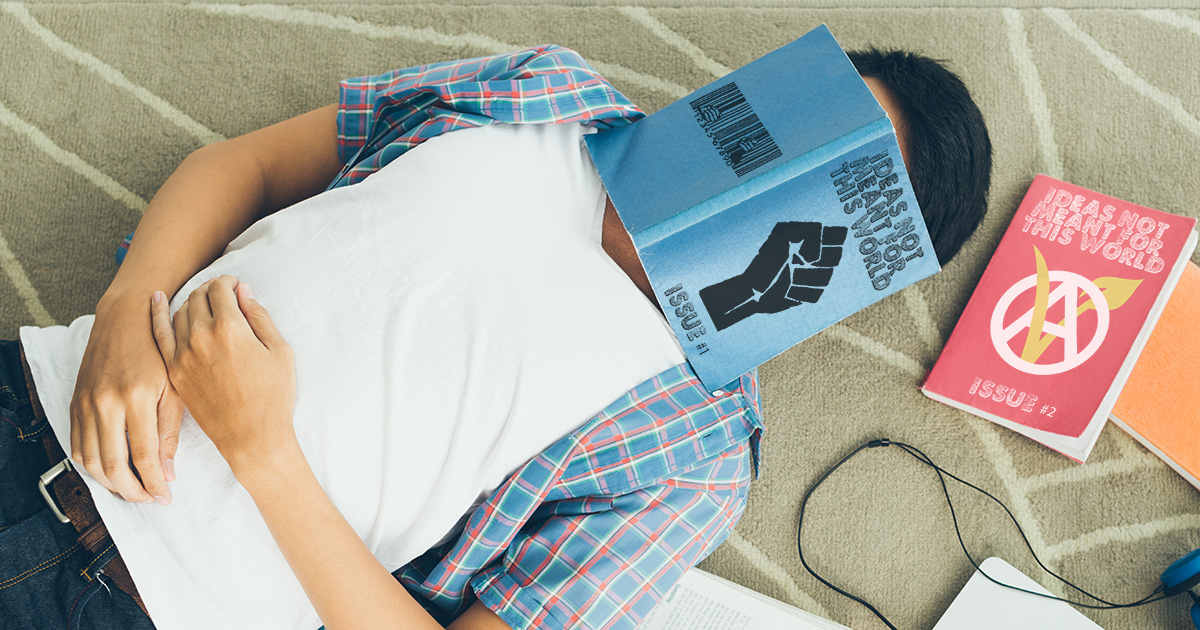 “I tried everything you can imagine – you name it, I’ve tried it. I went to sleep clinics; took melatonin, CBD oil, prescription sleeping pills; I got a white noise machine; everything — and nothing hit the spot like that misguided, poorly written anarcho-punk zine,” said Harper. “Counting sheep is nothing compared to counting the spelling mistakes in that thing.”

Ideas Not Meant for This World author Bryson Lowe issued a statement about his zine’s newfound success for those experiencing sleep-related issues.

“While the response I’ve received has been overwhelmingly positive, it didn’t exactly reach the audience I’d hoped for,” claimed Lowe. “The articles are supposed to be on the cutting edge of counter-culture: the ramblings of a madman, the opinions of a genius misunderstood in his time… but it turns out, it just knocks everyone out and puts them right to sleep. At the very least people are buying it — that’s a first for this industry.”

Medical professionals are calling the publication “one of the biggest breakthroughs of 21st century medicine,” urging those struggling with insomnia to order it, or similar off-brand DIY pamphlets, for a guaranteed full recovery.

“Our studies concluded that, after reading this absolute garbage, patients have fallen asleep 98.8 percent faster than any generic sleeping pill or over-the-counter remedy,” stated Dr. Maurice Cannon of the University of Texas. “The author’s aggressive tone and pseudo-intellectual punches put people at such peace before they turn in for the night. It is completely indescribable, finding a solution this effective.”

For his part, Harper is looking forward to many nights of deep, refreshing sleep ahead — thanks to the launch of another friend’s Arts & Culture blog, as well as the release of his roommate’s overly intrusive poetry chapbook, written entirely from the perspective of his mattress.