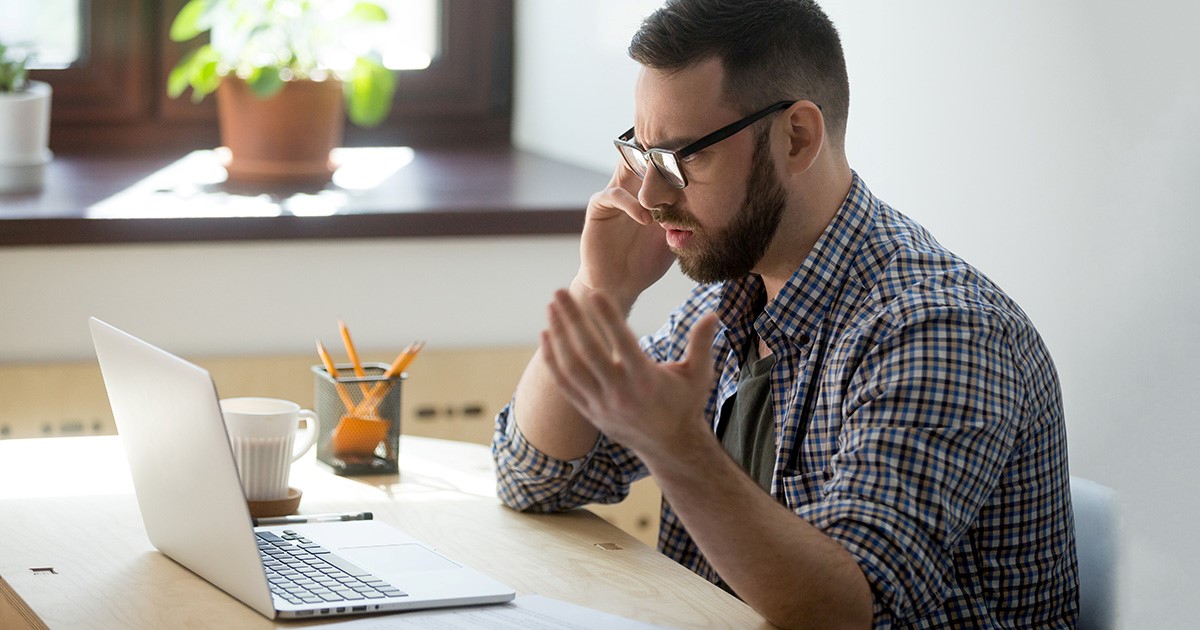 SAN DIEGO — Aspiring Reddit user and avowed Blink-182 fan Stuart Brennan was flabbergasted Saturday evening as he attempted to create an account for the popular social media forum, with each username submission rejected due to unavailability.

“It’s really quite annoying. I’ve been using ‘blink180Stu’ since I first got AIM in 1999, and it’s been my email from AOL, through the dark days of Yahoo!, and finally when I crossed over to Gmail in 2010,” lamented Sheppard, furiously pounding out new username ideas, only to have hackneyed abominations of his submission suggested. “I mean, I had to add a ‘99’ for my AVClub forum username, but that wasn’t so bad because everyone knows that’s the year Blink peaked.”

Those closest to Brennan have reportedly noticed a distinctive change in demeanor since his struggle for internet identity began.

“He’s been drinking a lot lately, and keeps muttering different iterations of usernames in his sleep,” explained roommate Todd Worthington. “The other night when I came home late from work, he was half passed out and screaming, ‘BrennamaOfTheState,’ ‘JosiesFamilyReunion,’ and ‘FlyTwatter93’ over and over. He’s even tried to memorize all the jokes from ‘The Mark, Tom, and Travis Show’ just to try and find a deep cut. I don’t know… I think he’s finally lost it.”

Reddit moderator bongwarrior420 insisted there’s no glitch in the system, and that users are simply “the wittiest motherfuckers you’ll ever encounter on the entire World Wide Web.”

“It’s a common problem, but one we take pride in,” he said via encrypted email. “First impressions are everything, and we need to separate the ‘dickjoke69s’ from the ‘firstname.lastnames.’ It may seem arbitrary, but there’s a certain amount of professional responsibility involved here.”

At press time, Brennan gave up creating an account upon realizing he could never remember a password that contained a capital letter, number, and special character.