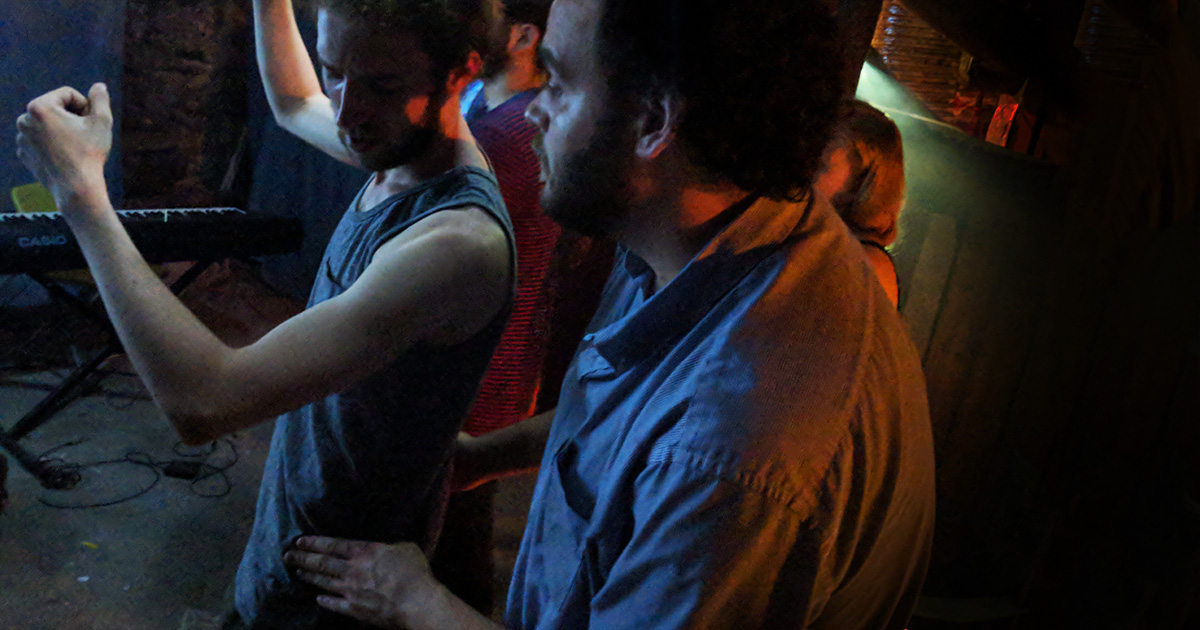 NEW YORK — Local punk Frankie Hartman lamented moments ago that he managed to stand yet again in the exact spot where everyone pushes past him to get a better spot closer to the band, noting that this happens to him “every goddamned time.”

“Every fucking time with this! I missed half of the opening act because I was trying to keep my drink from being spilled, and MOTHERFUCKER,” exclaimed Hartman as another venue patron casually shoved past him. “I’m not that big of a guy or come off as intimidating, so maybe people are doing this intentionally… but everytime I go to a bar or a show, I fucking swear I’m getting jostled around by people trying to get to the bar or the bathroom and then coming back and smashing into me at full speed. I always think I have it figured out, but I go home feeling like I got in a car acci-”

Hartman was cut off as he was swept away with the crowd surging forward, but friends later confirmed his version of events.

“Frankie can be a bit melodramatic, but I think he may be on to something,” remarked frequent companion Adam Lacey, as he picked a battered Hartman off the venue floor. “I have to say, I find this whole thing to be fascinating — we never stand in the same spot twice, and he’ll spend about 10 minutes scouting the whole venue, looking for an out-of-the-way spot with not too many people, but it always ends up being for nothing. He just ends up with half his drink on his leather jacket and glasses knocked off. It’s like watching an NFL blooper reel. He wasn’t too happy when I pointed that out.”

Venue staff were quick to point out that the show’s raucous nature, mixed with minimal floor space of these venues, often make unintended human interaction unavoidable.

“There’s always a few people that come here and seem to have a complete meltdown if someone so much as brushes past them. It’s a small, crowded room. These things happen,” noted bouncer Craig Harris. “This guy seems to be a special case, though. I guess I can understand his frustration, since he always puts up with this crap. One time he was waiting in line for the bar, and the crowd managed to sweep him into the bathroom… and no one saw him for the rest of the night.”

At press time, Hartman had been knocked head first into a trashcan and was struggling to get staff’s attention before being emptied into a dumpster.