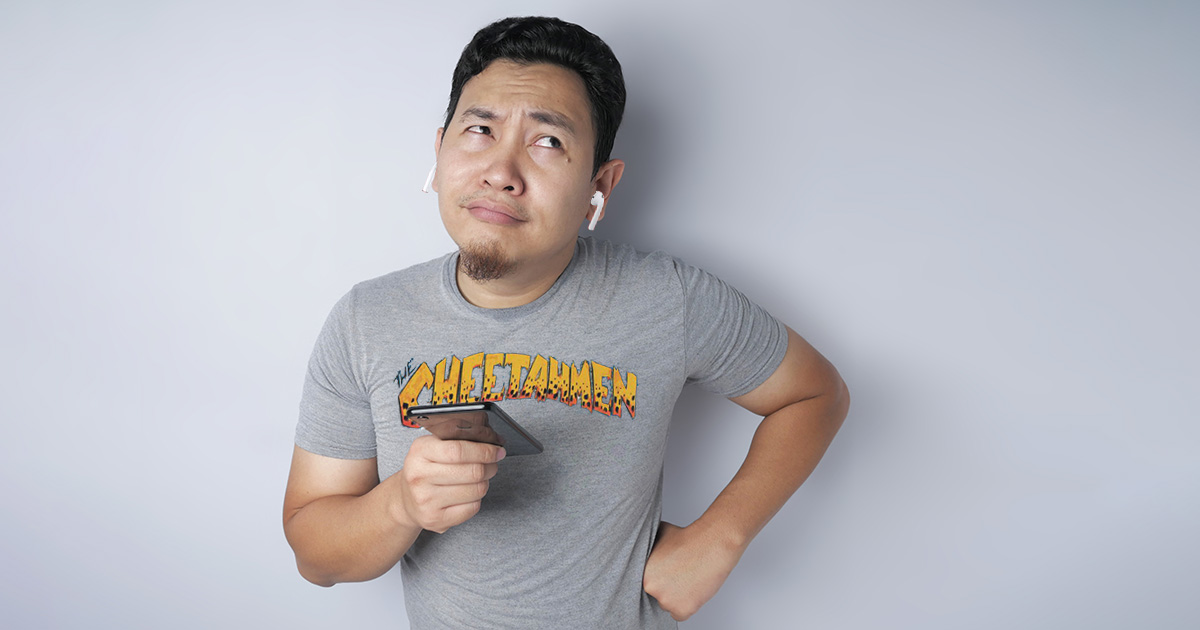 NEW YORK — Local music fan Jim Castro admitted today that he has never listened to his favorite album, the 42-minute indie rock record “No Scope” by The Cheetahmen from 2008, long enough to get to the final song.

“I was looking at the album on my phone and I was like, ‘Holy shit, did they add an 11th song at some point?’ I know every lyric to the first five songs by heart — and I’ll admit, the back half I don’t know as much — but this 11th song is a shock,” Castro said. “I guess I only ever really drive places that are about 35 minutes away, and each day I take about a 30-minute lunch break. And I listen to music while running every morning, but I guess everything I’ve ever done ends before the last song starts.”

Castro’s friends, none of whom are fans of the album, were also surprised by track 11 of “No Scope.”

“Every single time we get into his car, Jim is playing the fucking Cheetahmen again,” said Castro’s friend Chrissy Letts. “I swear, I’ve heard that album one billion times — I know every single word to every song of it, and I don’t even like it. Well, I thought I knew every song… but the other day it came on randomly and some new track came on. I thought it was a secret track, but it was just right there the whole time. Apparently Jim always starts it over after 20 minutes.”

The Cheetahmen lead singer Mark Howard insisted that the song is important to the album.

“Anyone who doesn’t play our record from top to bottom every time they listen to us is a fake fan. End of story,” Howard said in a post on Reddit’s r/indieheads. “And I’m going to test you fuckers. Next time we do a live show, I’m going to say, ‘This next song’s new,’ and then I’m going to play the last track on ‘No Scope.’ If people don’t notice, they’re going on our live show ban list.”

“It’s just disrespectful,” he continued. “You don’t go around saying ‘The Sopranos’ is your favorite TV show and then skip out on the final episode. And yes, I consider our album to be ‘The Sopranos’ of 2008 indie rock.”

Castro has since downloaded a deluxe edition of “No Scope” featuring three never-released tracks at the end so that he could listen to just the first 45 seconds of the opening song while taking out the trash.