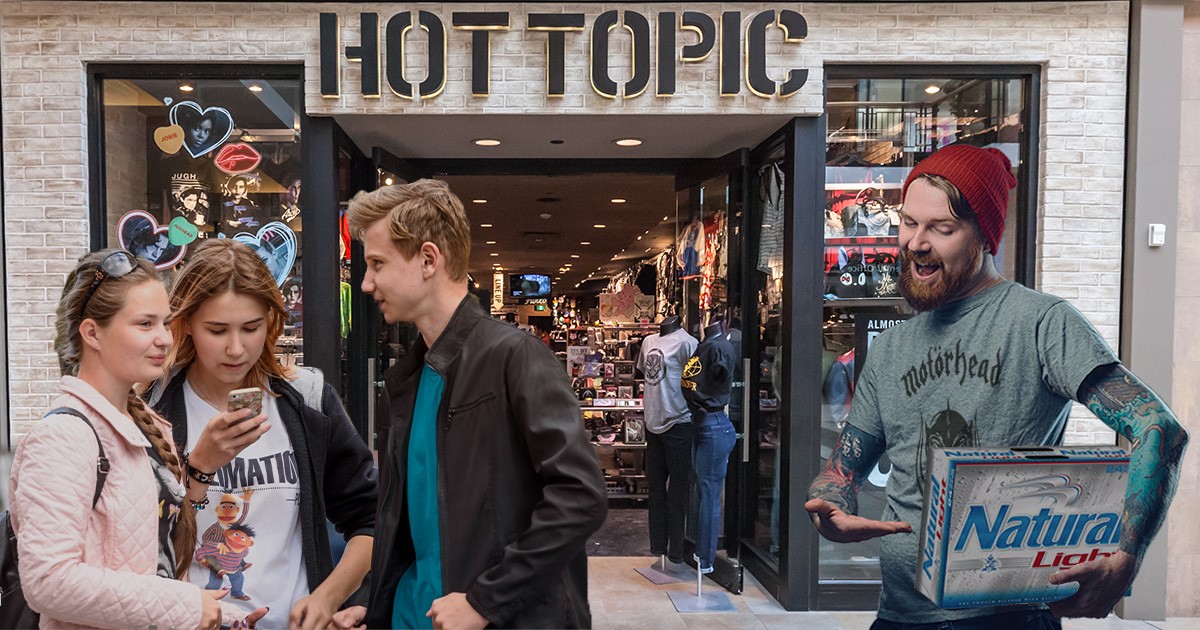 CHICAGO — Local man Keith McKenna purchased alcohol for a group of teens last Friday on the condition that they buy him a Hot Topic-exclusive Funko Pop, snickering sources confirmed.

“I’ve been collecting Funko Pops for a few years now,” said McKenna. “I’m a huge fan of the band Ghost, and I was thrilled when they announced a figurine of Papa Emeritus II. However, my heart sank when I saw it was a Hot Topic exclusive — there’s no way in hell I’m going in there. What if my niece was shopping for a studded belt and saw me? I’d have a hard time explaining that at Thanksgiving, that’s for sure.”

McKenna was initially met with opposition by the teenage boys in the food court.

“This really pale dude came up to me and my buddy Austin, and said he’d give us free booze if we did him a favor. I thought the guy was going to start touching us or something, so I was ready to beat his ass,” said teen Skyler Martinez. “But when he explained that he just didn’t want to go in the Hot Topic, I actually understood — my sister worked there and it sucked. She bought records for my dad there that were colored exclusives because he wouldn’t be caught dead in there. And this was a pretty easy way to score some booze and maybe some Juul pods.”

However, Hot Topic employee Kayla Rogers noted it was unusual to see someone of Martinez’s age buy the big-headed statuette.

“I thought teens just listened to rap these days,” said Rogers. “It was cool to see they’re into Ghost — I saw a YouTube clip of them playing on ‘The Late Show’ and they were sick. I probably sold 10 of these to teens today. I thought it would be mainly 30-something metalheads coming in for it, but I mainly just saw dudes like that sitting outside the store on a bench holding a paper bag. They must have been shopping for their wives or something.”

At press time, McKenna had become known as “Hot Topic Guy” online as, unbeknownst to him, Martinez, a.k.a. the popular YouTuber Pu$$yBoi, uploaded a video of the transaction to his account.