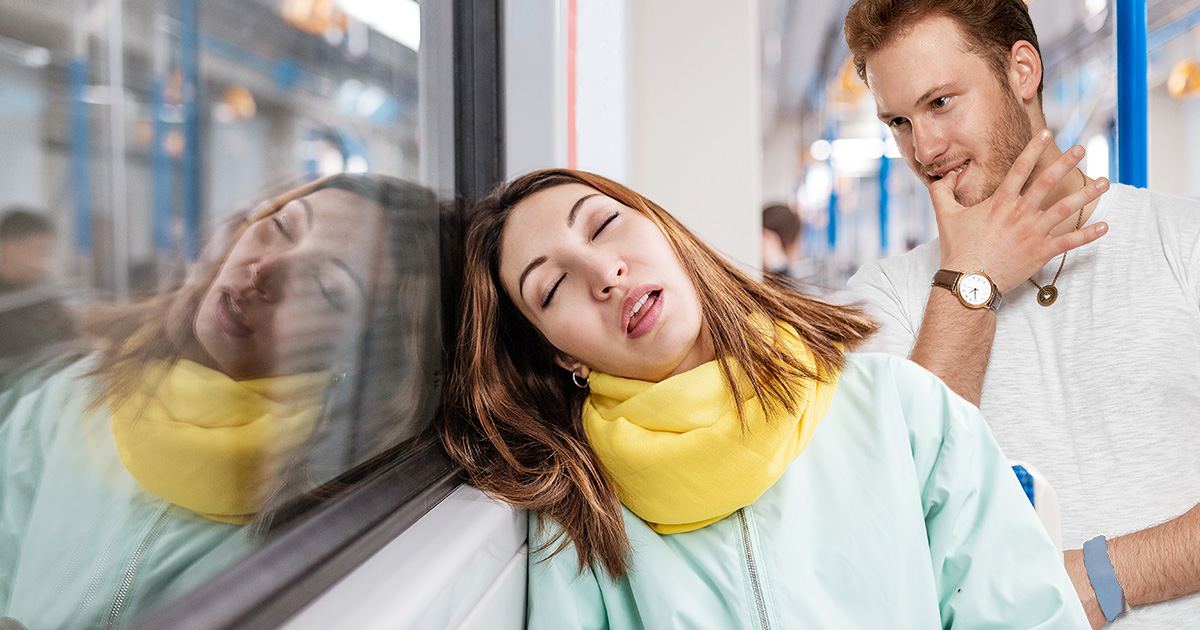 PORTLAND, Ore. — Local man Nate Bolgren was completely unaware that the woman he attempted to flirt with yesterday on his evening commute home had actually died 30 minutes prior to his opening line, medical officials confirmed.

“Yeah, she was a complete stiff — she didn’t acknowledge me at all, or laugh at any of my jokes. And trust me, I brought out the big guns,” said Bolgren. “I even complimented the tattoo on her wrist and spent like, 15 minutes talking about what tattoos I plan on getting someday — all that, and still nothing? Talk about stuck up. The worst part is she kept tipping over like she expected me to put her back upright, but every time I touched her I could tell she was ice cold. Which I assume is because she is so uptight.”

Passengers on the train admitted they had seen the obviously expired woman, but felt like she was someone else’s problem.

“I didn’t speak up sooner because she did do me a solid by distracting that guy. If he hadn’t tried talking with her, he probably would have bothered me, even though I had headphones in and was reading a book,” said frequent train rider Lori Abraham. “There must have really been something alluring about her, because I saw at least two other guys approach her before I finally got to my stop. Every incident ended with them saying, ‘I was just trying to be nice, you bitch!’ before they stormed off, which is very disrespectful to the dead.”

Transit officials confirmed the unidentified woman died of natural causes and assured the public this was a rare occurrence.

“Normally, women on trains only pretend to be dead to avoid conversations with clueless men,” said Trimet spokesperson Auddie Kelgrove. “Tragically, this woman did pass, and had her pockets stuffed full of Plaid Pantry receipts with phone numbers and Instagram handles from men who had clearly tried in vain to impress her. We hope she is avoiding eye contact on that big train car in the sky, free from creepy men trying to score a date.”

Witnesses report that while the body was being loaded into an ambulance, four additional men approached the cadaver before motioning for her to remove her headphones.