Man Believes He Is a Size Medium 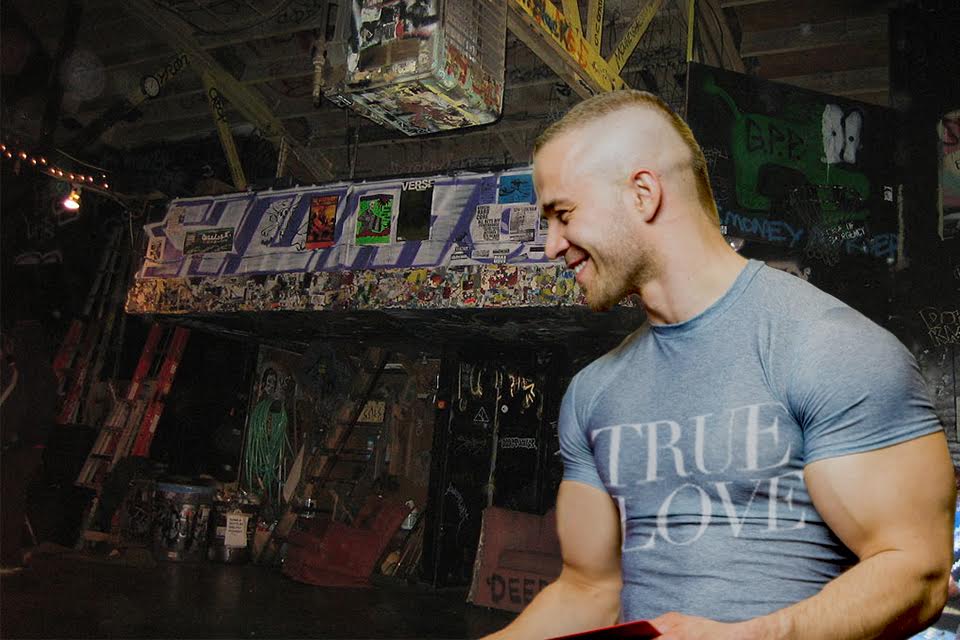 TORONTO – Shawn Stuart, vocalist for local hardcore band Mindful Youth, made a recent wardrobe choice that has reportedly left many eyewitnesses wondering whether he actually believes his t-shirts fit his body.

“I don’t know if he is trying to show off his muscles, which were on point, or if he just likes having his circulation cut off to his legs and head,” said Mary Hollbrook while smoking a cigarette outside to cool down. “I was OK with it either way.”

Fans in attendance reported that the CrossFit enthusiast removed his zip-up hoodie during the second song of his band’s set, revealing a size medium t-shirt that was stretched well beyond the manufacturer’s recommended limits for 100 percent cotton.

“I haven’t grown an inch taller since high school, so why would I buy bigger shirts? Has something changed?” explained a red-faced Stuart, clearly struggling for breath. “As long as there is enough fabric to cover my torso, I’m good to go,” he continued, gesturing to a t-shirt barely meeting that criteria.

Over the course of the last year, Stuart underwent a striking body transformation, gaining 17 pounds of lean muscle and cutting down to 12 percent body fat. The singer attributes his newfound physique to clean living and hard work — a fact he volunteers at every available opportunity — while citing Instagram videos of fellow hardcore frontmen and The Joe Rogan Podcast as major sources of inspiration.

“He’s wearing a shirt? I thought he just had a weird full body tattoo,” reported another incredulous observer standing by the venue’s box fan. “Honestly, I feel bad for the shirt; it is clearly fused to his nipples at this point.”

After finishing a tight 30-minute set featuring very little upper body movement and an inordinate amount of visible midriff, Stuart was noticeably gassed. When asked if his restrictive clothing was to blame, Stuart was defiant. “This old thing? No way … I probably just need to work on my cardio,” he said over the audible screams of his shirt fibers. “Like any good shirt, you’ll have to cut me out of this thing.”