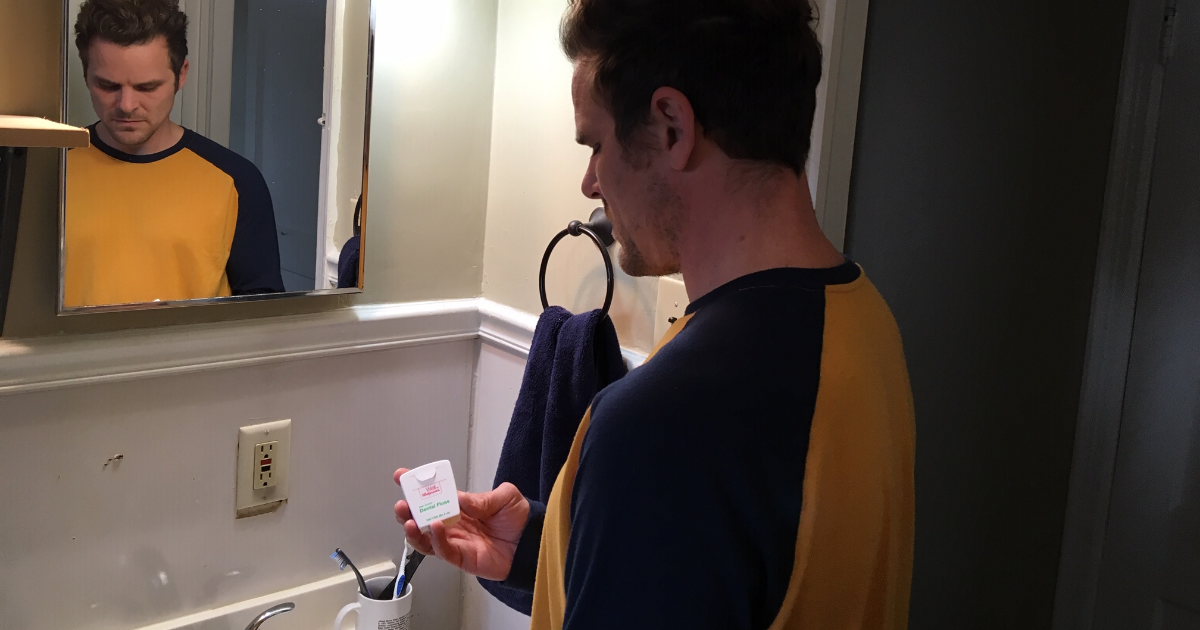 SALOME, Ariz. — A solitary box of floss given to local man Ed Walters nearly 20 years ago is also his lifetime supply of floss, thanks to his ongoing, sparing use, shocked sources confirmed.

“I’m pretty sure my mom gave me this floss when I went to college the first time,” Walters explained, looking at the spool originally bought on sale for $1.09. “I didn’t really think much of it at first… but now, I’m realizing this 100 yards of floss has lasted me almost two decades, and I’m definitely not running out anytime soon. Like, not even close.”

“I’m not sure how the floss industry survived for this long if this is how it works,” he added. “But, hey — I’m not about to go rocking the boat.”

Walters recalled several memories of he and the floss over the years, including the time the floss was called into action to sew a patch onto a hoodie — as well as another moment that involved an overall “fucking disgusting” amount of blood.

“Yeah… me and that floss may not see each other that often, but when we do, it’s like no time passed at all,” Walters said. “If I get something stuck in my teeth, the floss gets it out of my teeth. Doesn’t get much better than that. I hope to maybe pass it down to my own kids someday.”

Despite their history together, the floss reported the pair is now rarely in contact, and are “pretty much just going through the motions.”

“At first, Ed seemed really excited about me and even kept me out on the sink — right there next to the toothbrush and everything,” the floss said. “But now, I only come out for the first few days around the new year… and anytime he eats corn on the cob, which isn’t very often.”

“The only reason you’re even seeing me right now is because he has a dentist appointment tomorrow morning. Otherwise, I’d be crammed in a box in the back of his hall closet with a weird amount of half-empty bottles of sunblock, and that expired bottle of daily multivitamins for men he picked up during his short-lived ‘self-care’ phase back in 2009,” the floss added. “God, some days I wish he’d just put me out of my misery.”

At press time, an old Nokia phone charger also found in the box of discarded supplies was consoling the floss.