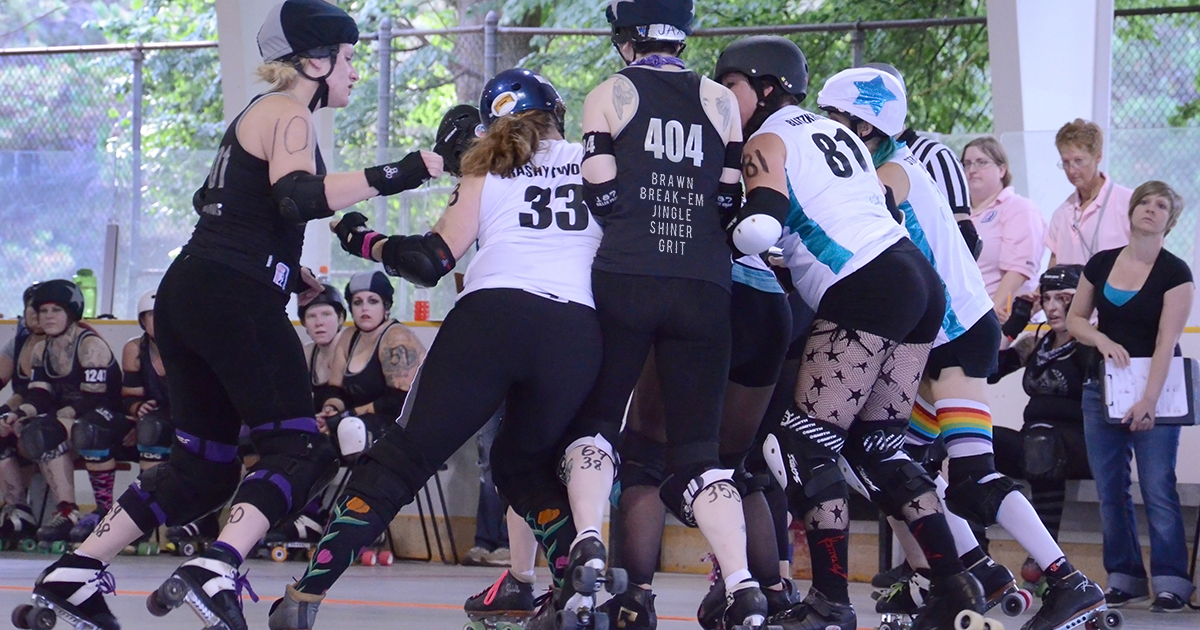 “I had so many sleepless nights trying to figure out the perfect name that I think I lost touch with reality at one point. But I finally came up with a name so undeniably punny that it will change the game forever: Brawn Break-em Jingle Shiner Grit,” said Freeman. “I couldn’t have done it without my teammates, who had so much patience with me sitting out every practice so I could pore over notebooks trying to get this right.”

Despite her success, Freeman’s coach, Rebecca “Shrill Hellachick” Celia, believes the search for the perfect derby name had a negative impact on the team as a whole.

“I have a lot of great women skating for me, and if she put as much effort into the skills required to make a difference on this team as she did in trying to find out how many puns she could fit on the back of her jersey, she could’ve been the next Vampiledriver,” said Celia. “If I could have cut her from the team I would have, but we’re already short two players and she paid the $150 to be part of the league, so my hands are tied.”

Roller derby historian Kelly Block noted the four-pun name was thought to be nothing more than a pipe dream that would never be achieved.

“Ms. Freeman has completely revolutionized the game. This is our four-minute mile,” said Block. “When Cassie Forbes of the Tri-City She-Devils unveiled her three pun name ‘Knock-em Block-em Hoe-bot’ back in 2012, the world stood still. [Forbes] is still considered one of the greatest to ever come up with a roller derby name, but I think Freeman will be right there with her for the Mount Rushmore of derby girls.”

As of press time, RollerCon officials had to delay the start of the competition due to the overwhelming amount of women signing up under the name “Sweaty Page.”