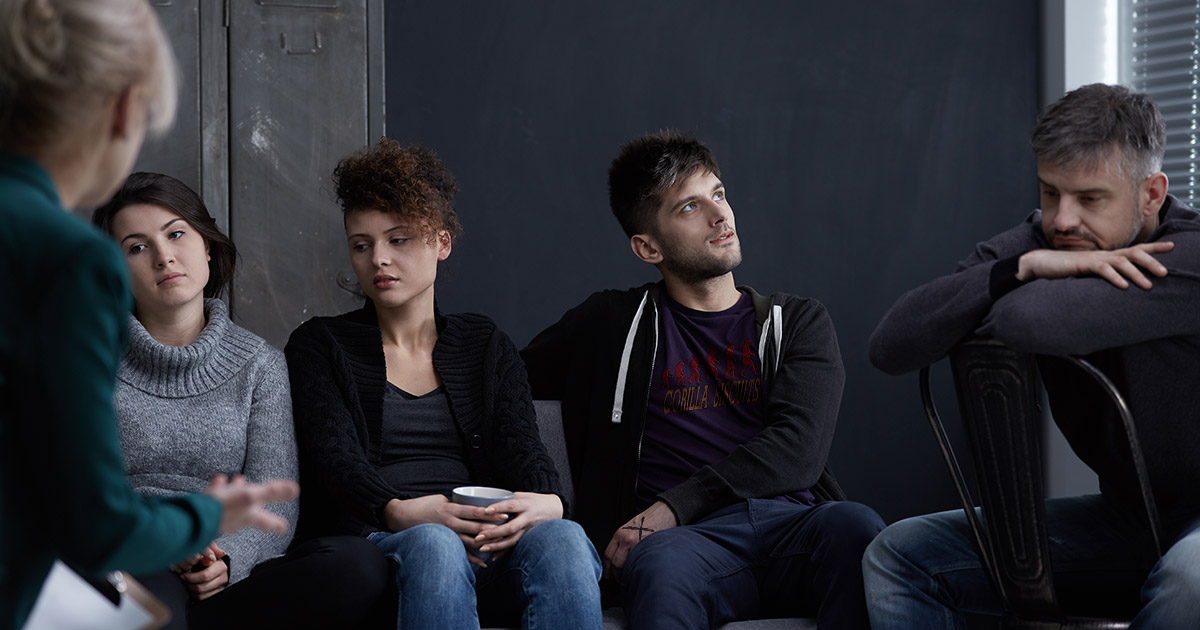 “One week ago, I hit rock bottom,” explained newcomer Anthony H., whose last name is withheld to preserve anonymity. “I got fired, my wife kicked me out, I wrecked my truck, and the goddamn judge says I can’t see my kid anymore. I’ve been sober seven days, and each one has been a struggle. Then this little shit comes in talking about 10,000 days, and he never touched a drop to begin with? What an asshole.”

Indeed, the meeting took a tense turn when Jackson shared his experience.

“Thanks for letting me share,” he added. “Keep coming, y’all.”

Jackson’s upbeat, albeit aggressive, behavior led several group members to suspect he was “high as fuck.”

“Usually when people come to meetings, they say their first name, maybe they share… and that’s pretty much it,” said meeting chairperson Jonathan O. “But then, this guy comes in, screaming about ‘unity’ and pointing his finger, and jumping around all crazy. I know a tweaker when I see one — I had a similar episode in a meth bender about nine years back. Hopefully he stays with the program until he hears the message.”

“The only thing I’m high on is life,” Jackson screamed in response, raising a fist in the air. “I’ve got better things to do than drugs!”

Jackson admitted privately, however, that he actually attended the meeting only because he’d been a little bored lately.

“People always tell me that I’m missing out on something,” Jackson said after the meeting. “I’m constantly hearing about how much more fun drinkers have. I admit, I was curious. But it turns out, these people are no fun at all.”