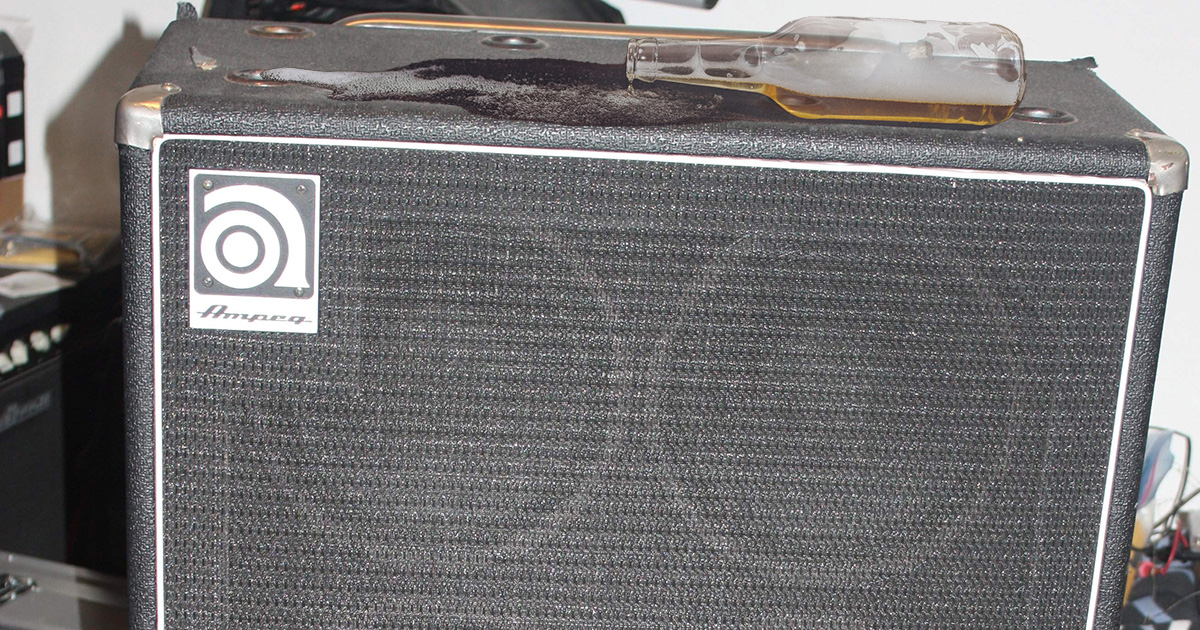 “My last rig broke down when I spilled half a cup of water on it and I knew I needed to upgrade. I’d heard stories about ‘Bertha,’ a tried and true Ampeg SVT that John from Watery Grave had, and to my surprise, he was interested in selling” said Gilchrist while gently wiping down the drenched cab after his band’s set. “This thing is a certified beast. You could spray that thing with a fire hose and she would still crank louder than any other cab in this county. I mean I dropped that thing down two flights of stairs like ten minutes before we played and nothing was wrong.”

“I saw the guitarist kick his own drink over, he looked a little nervous as warm PBR began to soak into the bottom of the bass amp, but the show went on,” said Casey Hummel. “Not two minutes later, The Hops’ singer punted a full cup of beer sitting on stage, sending it splashing directly into the front of the cab. It happened over and over again and when the drummer draped his sweaty Exodus shirt over the cab I figured ‘Ok, lights out. That shirt is soaked through’ but no, the thing didn’t miss a note. I wish I had that sort of stamina.”

“I’ve worked hard to build up Bertha’s tolerance over the years. It started when I spilled a two-liter of Pepsi on her. Then I slowly worked my way up to gran alcohols. I’m confident Stone Cold Steve Austin could spray her with his beer truck and it wouldn’t phase her a bit,” said Sharpe with a smile. “She reminds me of my late grandmother who could drink anyone under the table and lived to 102! A lot of people think alcohol and electronics don’t mix, and they’re sort of right—That’s why I’ve fed Bertha straight whiskey for years.”

At press time, Bertha was found face down and unresponsive in the band’s trailer.