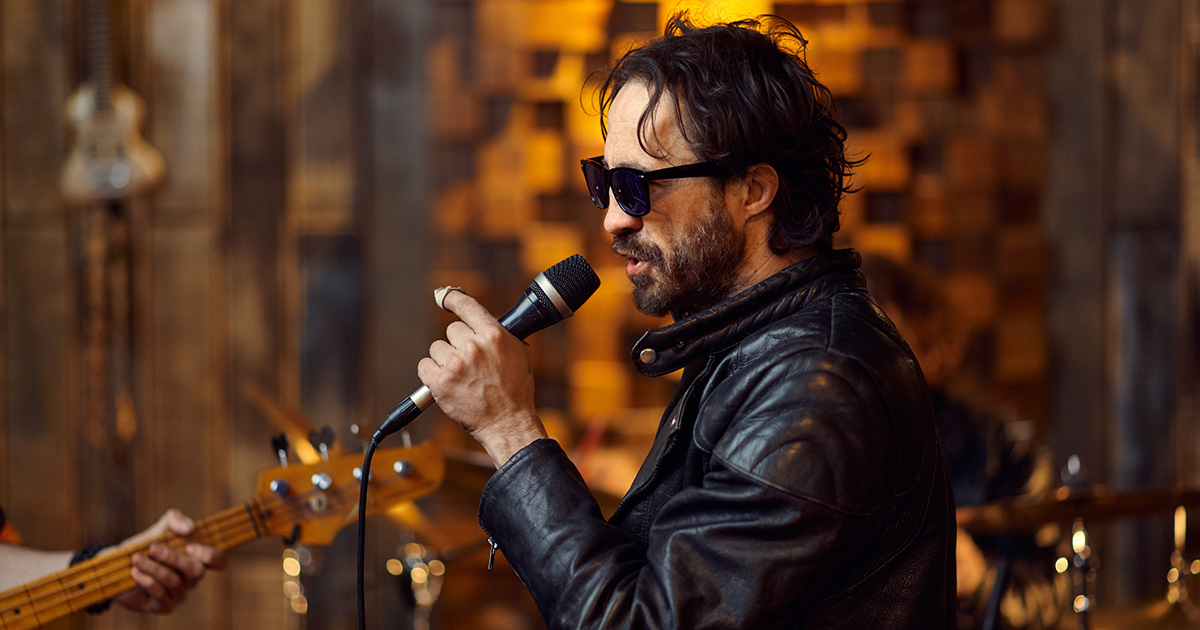 BOSTON — The lead singer of local indie band Electric Ice Cubes admitted to being confused and “in awe” as to how the lights in the venue seemed to follow the same patterns as the music his band played, confirmed multiple witnesses.

“It’s embarrassing to admit, but I‘ll lay my cards on the table. I didn’t know how they got the lights to go with the music, and I was caught up in trying to figure it out that I think I blacked out a few times and just sort of mumbled some lyrics,” said Electric Ice Cubes vocalist Ernie Schwoller directly after his band’s set. “These fans bust their humps in factories and offices all week, and I let them down because I couldn’t put together how the lights went so fast during the fast parts and slowed down during the slow parts. I’ve never seen anything like that in our practice space, I can tell you that much.”

Not everyone is satisfied with the explanation, as many attendees reported being disappointed with Scwoller’s unprofessional stage display.

“I thought he must have been on drugs or something. He would look at the lights, then back at the band, then keep mouthing the words ‘oh my god, what is happening?’ He sort of looked like a kid being brought to the carnival for the first time and being wowed by all the bright lights,” commented Gemma Johnston, who barely made the show after work kept her late. “At one point he walked off to the side of the stage and just started flipping a switch that turned on a light in a back hallway. Someone needs to explain to him the concept of stage lighting or at least buy the guy some sunglasses before the next show.”

The venue’s lighting technician Jim Fernandez, who just controls the lights with a few knobs and switches, says this happens all the time with low-level headliners.

“Oh it’s wicked common. I can usually spot which bands will be amazed by the lights during soundcheck,” said Fernandez. “They’ll look up in surprise as I throw down a few strobes, and I’ll know I have them. When I started changing the colors of the light to reflect the mood of the song on stage it always makes them freak out like God is in the rafters or something.”

Industry insiders say this confusion can be deadly pointing to the fact that dozens of singers are killed each year by staring too long at traffic lights, planes in the night sky, and big colorful gas station prices.