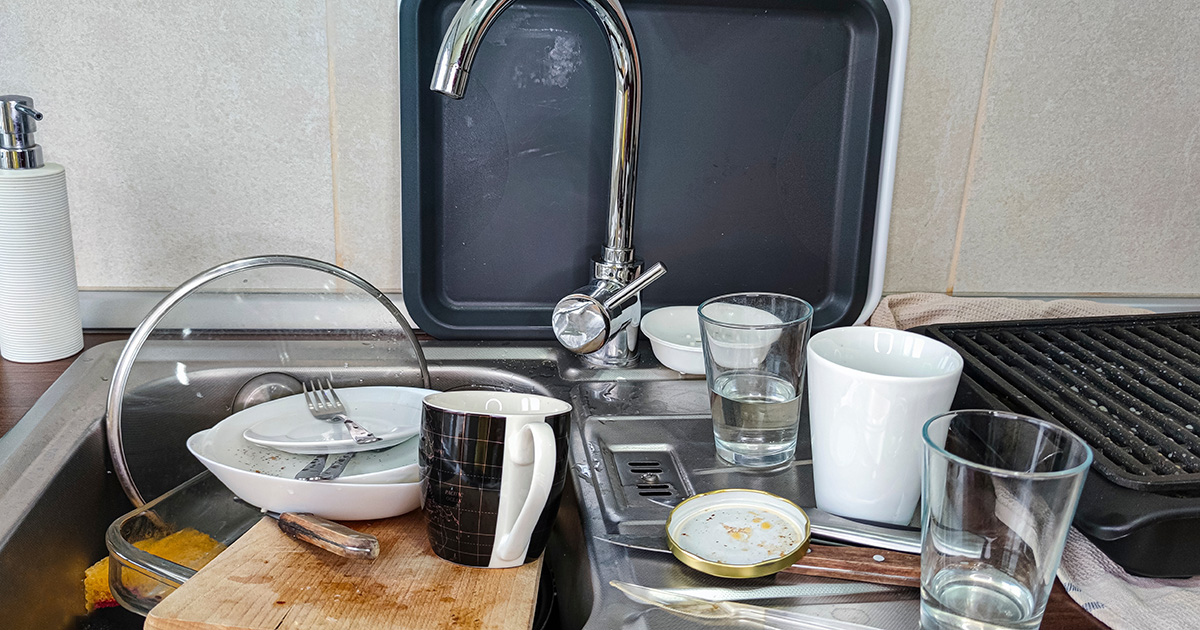 KOHLER, Wis. – Kohler Co, the leader in modern kitchen design, introduced a new design specifically aimed at punk houses which is capable of holding stacks of dirty dishes that would overwhelm even the most hardened of roommates.

“The Punkhouse model really addresses some of the inherent flaws of the average sink. No one wants to put that last dish on top of a full sink and suddenly end up responsible for loading the dishwasher,” said Peter Scovich of the Kohler Design team. “With the Punkhouse sink, you can go three, maybe even four months before anyone has to lift a finger. With a classic streamlined design, solid steel basin, and 168 cubic feet of storage space, this will allow the craftiest procrastinators to stack to their heart’s content.”

Residents of the Black Hole in Portland were among the first to test out the new sink.

“This sink is fucking unreal, it’s like having a pool in your kitchen,” said Freddie Gerson an occasional resident of the house. “Our old sink was for shit, it was so small and it had a huge fucking crack so you couldn’t soak anything without causing a flood. When our landlord told us he was going to replace it we assumed he was just hiding more weed in the cabinets. But later that day, there it was…right where our kitchen table used to be. I threw my cereal bowl in and it took like three seconds to hit the bottom. Everyone said it was indestructible, and trust me we tried, but you can’t fuck this thing up, it’s a goddamn vault.”

While the Punkhouse’s radical new design has been lauded by its users, some in the industry are questioning its extreme dimensions.

“I don’t know what the hell I’m supposed to do with this thing,” said architect Stan Duncan. “It’s seven feet long, six feet wide, and weighs 1,700 pounds empty. We tested it on a 3” concrete slab and it cracked right through at around 50% full. Fortunately, the sink wasn’t damaged when it fell, but now we need a crane to lift it out of the rubble. Next, we plan to place the sink on steel beams pounded into bedrock, then build the house around it.”

At press time, there were scattered reports of punks falling into the sink and being stuck there for days, however, Kohler advised hanging some toilet paper over the edge so they can scurry out.