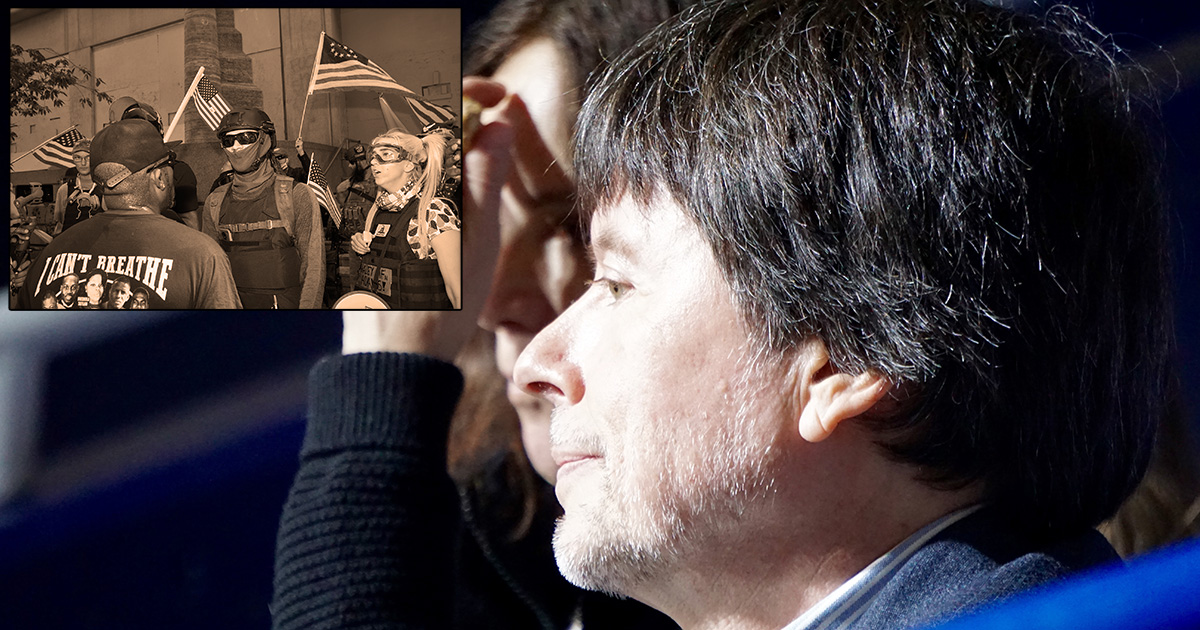 “It doesn’t take someone who has two Oscar nominations, two Grammy Awards, and 15 Emmys to see shit has already kicked off. So I figured I’d get a jump start. And honestly, this is way easier — I get up every day, have some coffee and read Trump’s tweets, then I collect some clips from CNN and Fox, Antifa, Alt-Right, blah blah blah, and I’m done for the day. I don’t need to dig through old newspapers, microfiche, letters from the front lines or any of that bullshit,” said Burns, wearing a robe in his kitchen. “I’m really just struggling with working current music into it. Playing ‘WAP’ in the background of Proud Boy rally footage is a bit gauche. But, we have a few weeks until the shit really hits the fan. So I got time.”

While most documentaries are usually made after an event, American Historical Society President Nathaniel Blakely is happy this tumultuous era is getting real-time documentation.

“Sure, an alt-righter complaining about lacking access to a Buffalo Wild Wings during a pandemic may not seem as riveting as a Revolutionary War soldier cutting his leg off to avoid gangrene, but modern TV viewers were raised on ‘Duck Dynasty,’ so they won’t know any better,” said Blakely. “History is seldom pretty in the moment, but from afar it paints a rich tapestry. I’m not sure where some guy who feels his rights are being trampled on for not being able to yell racial slurs in a fast-food restaurant will end up in the tapestry, but I’m sure they’ll be there.”

“Honestly, I don’t know what he’s making this time. The guy doesn’t return my calls,” said Wolf. “But he shows up like, once a year and drops off these documentaries, and our pledge drive doubles. So he can do whatever the fuck he wants.”

Burns was unavailable for further comment, as he was trying to figure out how to portray the guys who take pictures of themselves pointing a gun at their own dick in a sympathetic light.