Judge Tells Rittenhouse He Hopes They Can Do This Again Sometime 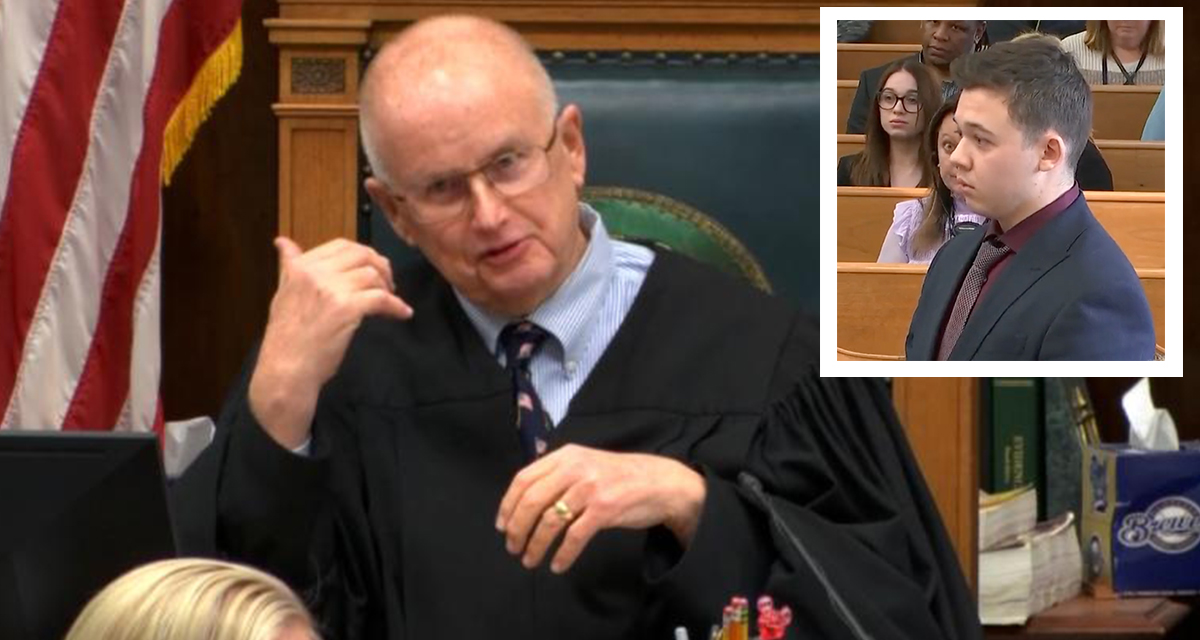 “I just want to say that Kyle is just the coolest kid ever. I was so honored to play a part in keeping him out of jail. I’m going to find him on Facebook as soon as I’m out of here,” said Judge Schroeder, whose behavior during the trial has come under constant scrutiny. “When I was his age, I never got to play with cool guns like that because my mom wouldn’t let me, so Kyle’s mom must be pretty cool too. Now that this nonsense is behind us I hope we can go bowling, or even better, maybe we can go hunting together. I’ll bring some even cooler, and don’t tell anyone this, but highly illegal guns and make a weekend out of it.”

“This kid is welcome in my courtroom any time,” Schroeder added.

Rittenhouse concurred with the Judge’s remarks and said that it was Schroeder’s friendship that got him through some tough times.

“I was a little worried. Your first murder trial is always the most nerve-wracking, but Judge Schroeder was great,” said Rittenhouse, who illegally carried a firearm across state lines and killed two people on camera. “When that prosecutor was being a total dick to me, the Judge totally had my back. Plus he kept cracking all these great jokes on the bench and even let me participate! He said he’s going to get a bunch of guys from the police department to throw me a wild ‘Not Guilty’ party. Someone pinch me because partying with cops is my dream.

Legal analysts and pundits expressed their dismay but admitted they weren’t especially surprised.

“The verdict of this case was a foregone conclusion, so, I guess I should’ve been ready for this,” noted journalist Nikole Hannah-Jones. “There’ve been plenty of examples of two justice systems in America, but I don’t think I’ve seen a case of judicial malpractice like the case of Schroeder. The guy was practically doing cheer routines for him. I mean, let’s call it what it was: dick-riding.”

At press time, Schroeder refused to adjourn court until the prosecutors apologized to Rittenhouse.