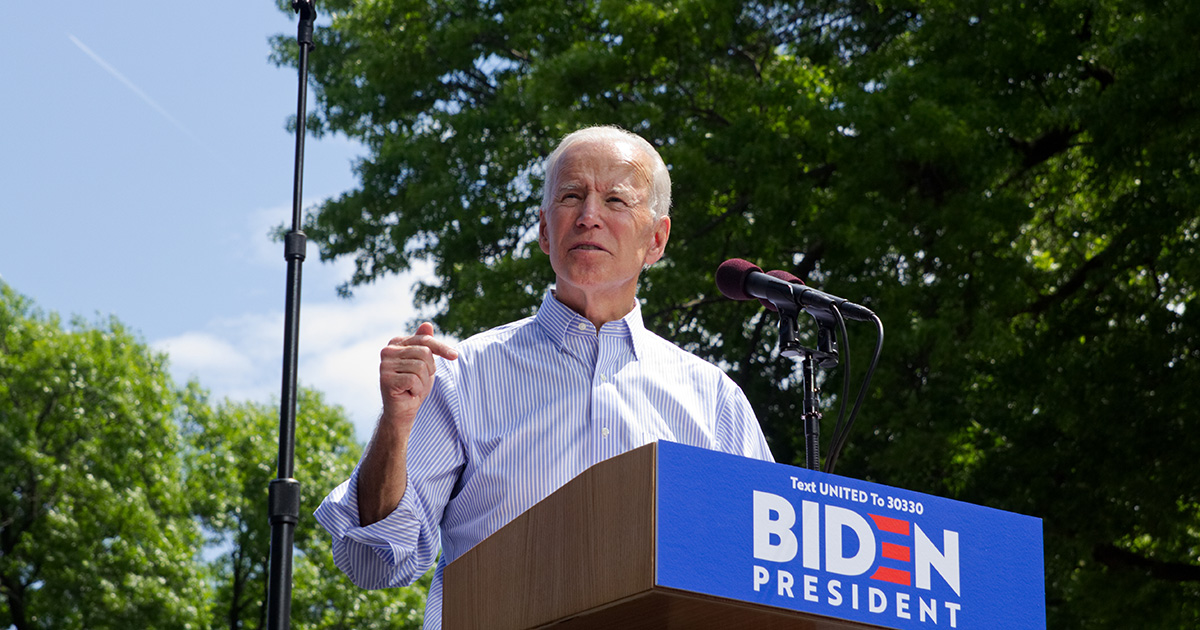 “Look, most cops are good cops. I know a lot of cops. I know Doug — he used to live down the street from me when I was a kid, and he had a peach tree in his front yard and he’d give my family a basket every Thanksgiving. And Doug had a red truck, too — real big and fast. I once fought three guys just for looking at the truck funny,” said Biden. “But anyone who isn’t Doug needs to be held accountable. We can’t have riff-raff, no-goodniks, and other bad apples causing malarkey in the streets.”

Biden promised that if elected, he’d add strict guidelines preventing hooligans and wiseguys from becoming police officers, outlaw slapdash tomfoolery, and give officers who commit any pang-wangles “the bum’s rush out to the ashcan, buckaroo.”

“My son was shot 16 times while handcuffed in the back of a squad car, and the officer who shot him was drunk on the job and had a history of domestic abuse,” said Matilda Jarry, a local voter who supports police reform. “His disciplinary records had been hidden by the chief of police, and the police union actually advocated for this officer to get a raise. This is exactly why we need Joe Biden right now — he’ll put an end to this horse play right away.”

But Biden’s remarks have drawn criticism from some who want to see him do more.

“The police do not protect us. They protect all them uptown cats and their gizmos and whatsits,” said William Griggs of the Oakland Solidarity Action Front. “We can’t fix the police — we need to pop a hole in their bucket and take that moolah down to the schoolyard. It’s just that simple.”

President Trump weighed in as well, tweeting, “SLEEPY JOE is saying we should let criminals and goons make the laws and run in the streets. BAD IDEA! There are SOME bad apples, but nearly all the apples are good UNLESS they are hornswaggled by ANTIFA. RAZZAMATAZ!!!!!”