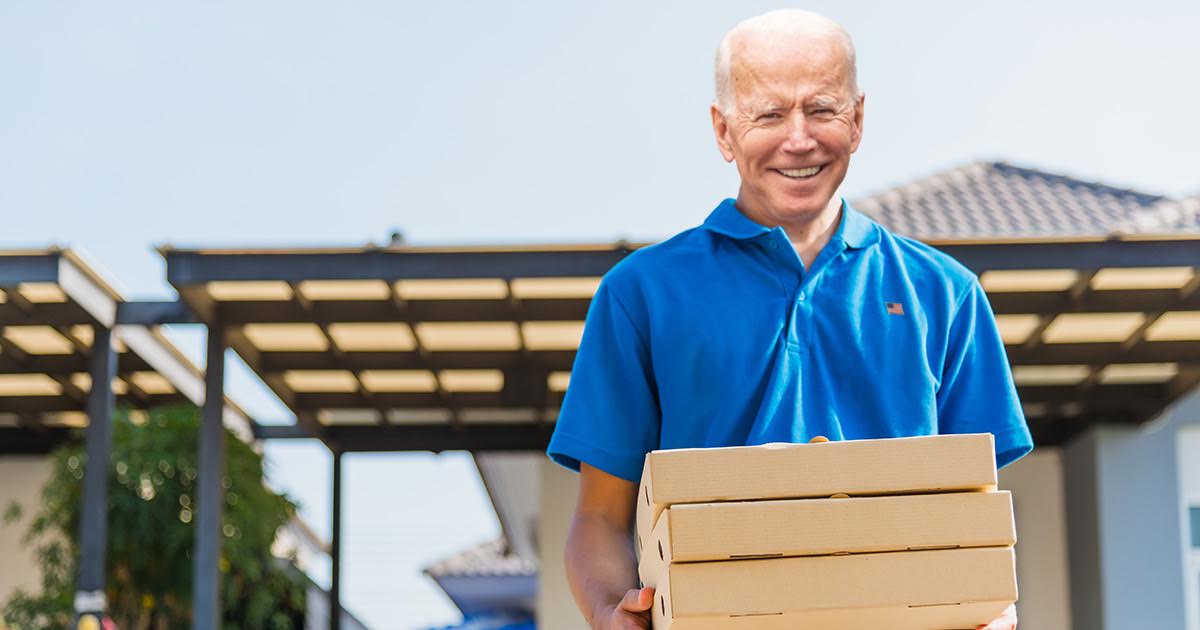 WASHINGTON — President-elect Joe Biden and his administration offered pizza today to any citizens willing to help move some boxes out of the White House over the weekend, high-ranking government sources confirmed.

“Listen up, folks — there’s a lot of heavy gold-plated shit that isn’t gonna move itself. I’m offering pizza to every freedom-loving American who helps me get this bastard’s shit out of the White House,” said Biden. “Also, if you find some nice jewelry or anything worth pocketing, I’ll look the other way. The debt collectors are gonna take it all anyway, and heaven knows this lying, dog-faced pony soldier deserves what’s coming.”

Volunteers lined up early to take Biden up on his offer, and are reporting that their first time in the White House has been a lot different than they expected.

“The entire White House is in complete chaos: one room was just filled with old buckets of KFC, and another had boxes of useless degrees from Trump University,” said 35-year-old volunteer Greg Olson. “It smelled absolutely disgusting in there. Apparently, Rudy Guiliani and more of Trump’s goons had several sleepovers where they made weird hand-drawn maps of Russia with hearts all around it — their sweaty clothes and McDonald’s wrappers were all over the floor. I quickly helped out with some moving and pocketed a Rolex before grabbing a few slices of pizza and bounced out of there.”

After hearing about Biden’s plan, Trump announced his own plea to Americans for help.

“Sleepy Joe Biden wants to offer pizza, which he probably got from a pedophile. And believe me, I know pedophiles — I hung out with Jeffrey Epstein plenty of times,” said President Trump. “I’ll offer American-made pizza, with toppings of my choice, to anyone who helps me stay in the White House. I hope you losers love anchovies as much as I do. I bet Biden got what a typical politician would get: pepperoni pizza from Little Caesar’s. Disgusting and wrong.”

Trump later increased his offer to include breadsticks for anyone who could discredit over five million legitimate votes.