Joe Biden Angry About Size of His Name on Debate Poster 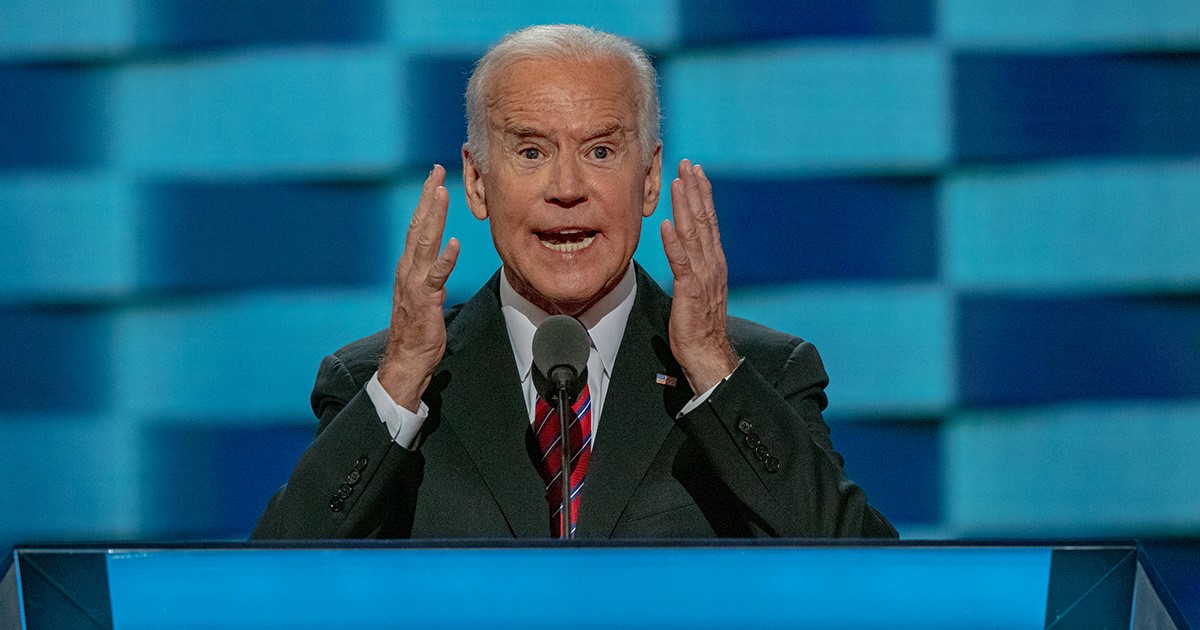 MIAMI — Former Vice President Joe Biden, considered by many to be the current frontrunner for the Democratic nomination against President Trump in 2020, was outraged today by the size of his name’s font on the poster for the upcoming Democratic debate when compared to the other candidates.

“I’ve been doing this politics shit since ’73 — my name should be on the top of the poster, and you should be able to see it from the fucking moon,” said Biden from his hotel room. “Someone really needs to explain to me why my name is the same size as Eric fucking Swalwell. Who the fuck is he anyway? My left nut could raise more money than that guy’s entire team.”

Biden believes he gives the Democrats the best chance to beat Trump in the general election. However, when shown the final print of the debate poster, the man affectionately nicknamed “America’s Crazy Uncle” allegedly had a meltdown.

“Yeah… Joe’s not happy. He’s put so much blood, sweat, and tears into this scene; he views it as a slap to the face,” said Greg Schultz, Biden’s campaign manager. “He just thinks all these young folks coming up need to put in their dues, and show some respect to the pioneers who made their candidacies possible.”

Some of the Democratic leadership believe Biden should stick to his talking points and focus on the issues that matter to voters, instead of nitpicking trivial details.

“He left us 30-40 voicemails saying we need to ‘fire our graphic designer,’ and how if he gets elected, he’s going to ‘put us all in jail for this,’” admitted DNC Chairman Tom Perez. “Not really sure I understand where he’s coming from, though… everyone’s name is the exact same size.

“I wish Joe was as passionate about campaigning in Wisconsin as he is the debate poster,” agreed Vice DNC Chair Grace Meng. “I think we had one of the interns throw it together, to be honest.”

Still, Biden held fast that if his name is not the biggest, it should at least be listed first.

“They keep trying to tell me the poster is listed ‘alphabetically’ — which means some guy who just got signed by the New England Patriots is ahead of me, and that’s a disgrace,” said Biden. “My first order of business as President will be rearranging the vowels so this never happens again.”