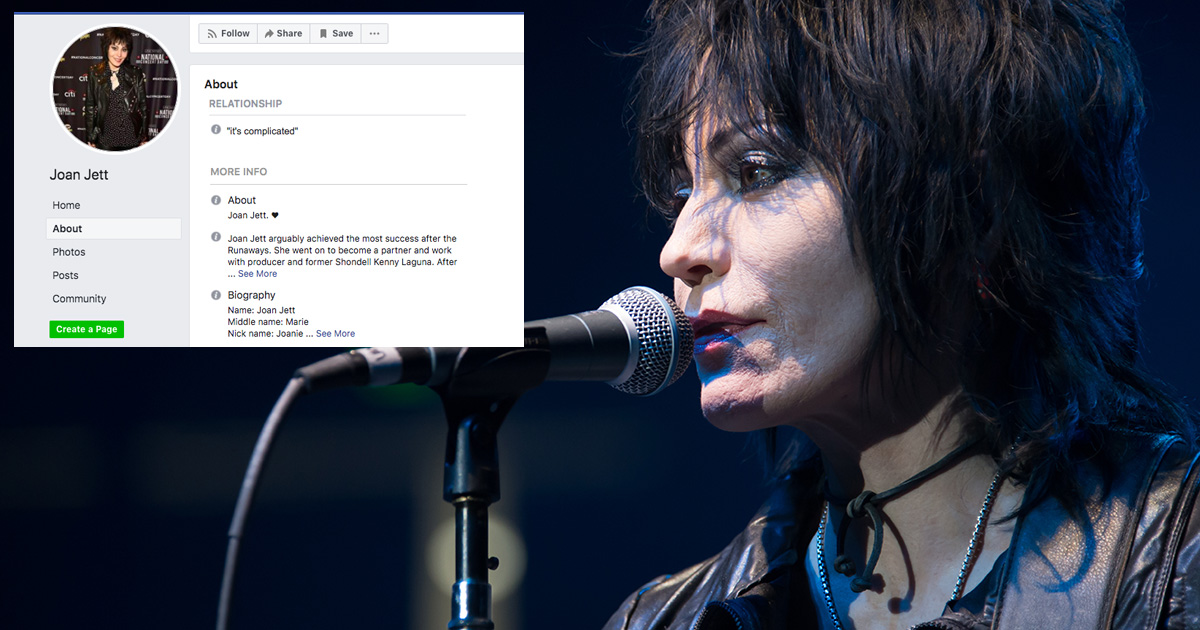 “Me and Rock go way back, but we’ve grown apart. It’ll always have a place in my heart, but I can no longer say I love Rock ‘N’ Roll,” Jett wrote in a post shortly after changing her relationship status from “in a relationship” to “it’s complicated. “I’m so thankful for all the support and kind words you all have sent me. Our love was always tenuous — if I had a dime for every time I wanted to try pop or alternative, I’d be a very rich woman. We’re still very close, but love is a very heavy word, and I just felt like I was lying to the genre, myself, and most importantly, my fans.”

“Me and Joan will always have something special. Out of the hundreds of songs written about me, hers is by far my favorite,” the septuagenarian genre said. “I respect the hell out of her, but the feelings just aren’t there anymore. Honestly, I noticed she’d been just going through the motions when she played my song the past few years. I’m happy that our love will always be able to live on in cover songs.”

“It takes courage to end a relationship, but it’s hard to find yourself again when you’ve been with a person or a genre for so long. It takes a lot of time and soul-searching — it’s a grieving process,” Carlson said. “Along with couples like Keith Richards and Patti Hansen, or Ozzy and Sharon Osbourne, Jett and Rock ‘N’ Roll have enjoyed one of the longest relationships in rock… a business not exactly known for life-long love.”

Jett later denied that she would re-record her classic 1981 hit as “I think fondly of rock ‘n’ roll” or “I have a soft spot for rock ‘n’ roll.”